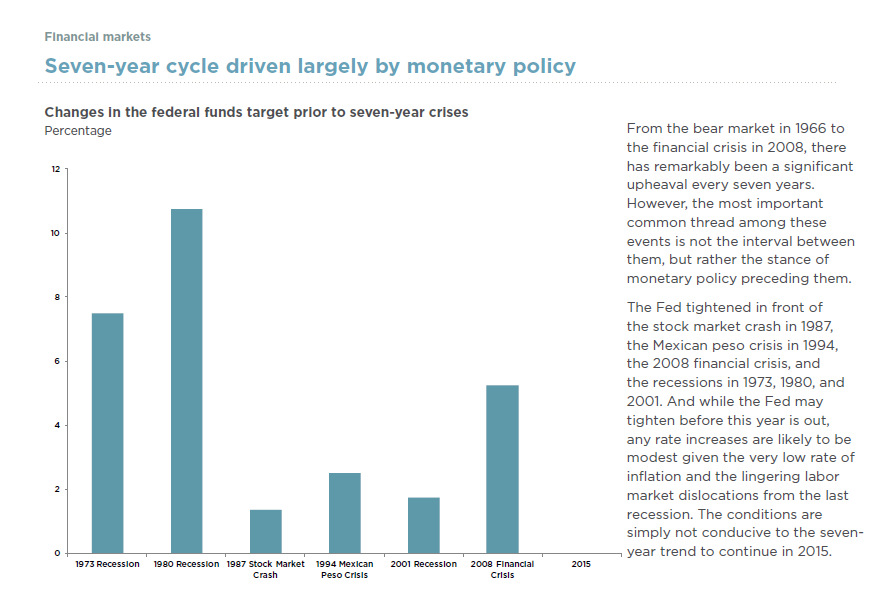 Examining the Theory of a 7-Year Cycle in U.S. Financial Markets

This post originally appeared last summer. Now, as we close out 2015, I want to revisit whether the theory actually played out.

Predictions of doom and gloom in the financial markets or economy tend to try my patience—unless they are supported by fact—so I’m understandably skeptical of the Shemitah, a prophecy that suggests the potential for a financial crisis every seven years. Imagine my surprise, though, when I looked more deeply into this story and discovered that there is something to the theory of a seven-year cycle in U.S. financial markets. 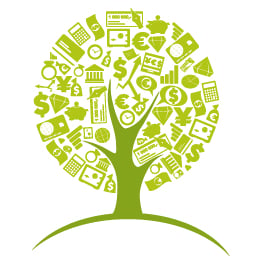 This post originally appeared in February 2015, but it’s worth a refresher as we start a new year.

Did you know that South Boston is actually to the east and East Boston to the north of the city? And that there’s one local highway where you’re really traveling south but on a northbound route at the same time? I’m not sure who drew up the plans, but I think they might have had a screw loose.

Trying to make sense of mutual fund gains and losses can be equally confusing. 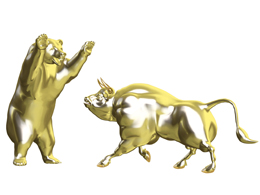 Avoiding Shortsightedness: Looking at Returns for the Next 10 Years

I shared this post last spring, and I think it’s a great reminder to help us keep our expectations in check for the new year.

The recency effect is a well-known cognitive bias in which events that have occurred most recently are given more weight than a longer-term trend. Recency bias poses a problem when it comes to evaluating investment returns—most people will only look at the last year’s returns, disregarding historical trends.

Monday Update: Mixed Data, But More Signs of a Slowdown

On a shortened week with the Christmas holiday, last week’s data releases gave a mixed look at the consumer and business sectors, with notably different results. 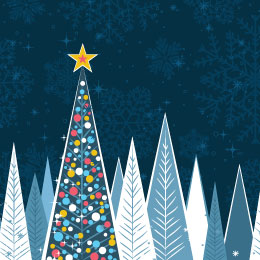 Renewal and Hope for Christmas

As 2015 draws to a close, the time has come for my traditional Christmas post. Best wishes to you and yours this holiday.

I have always loved Christmas. But as I grew older, I think I lost much of the wonder and the spirit behind the love and giving of the season. Now I have a seven-year-old son who is wrestling with the stress of being good under the eye of the “Elf on the Shelf,” eyeing presents under the tree, and baking cookies with his mom. His anticipation and enthusiasm are infectious, and I realize that, thanks to his influence, I am recovering much of what I had lost. 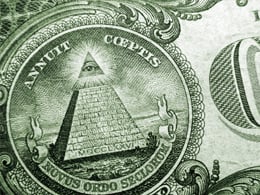 This post originally appeared last spring in response to questions I had received about my investing approach.

Given what I do for a living, it’s not surprising that I have frequent conversations about investing. I was asked something recently that on the surface seemed like an easy question to answer: What core truths do you know about investing? There are endless factoids, trends, and theories, but what do you believe to be the basic constants?

Last week’s releases included consumer prices, sentiment in the housing industry, housing starts, and industrial production. Plus, of course, there was the most important one: the decision by the Federal Open Market Committee to start raising interest rates.

My colleague Peter Essele, portfolio manager in Commonwealth’s Investment Management group, is the author of today’s post, which was originally published in June 2015. With so much focus on the Federal Reserve and rising rates, it is a good reminder.

Though the media want us to believe that we’re on the verge of a cascading bond market—where rising rates will lead to price declines on bond strategies, which will lead to outflows, followed by more price declines due to forced selling—these fears are somewhat exaggerated.

This post originally appeared last spring and is part 3 of a series on what happens when interest rates start to rise.

As this is the final post in my series on interest rates, it’s time to talk about what everyone is probably thinking: What happens to investments when interest rates rise? This question is especially pertinent given yesterday’s decision by the Federal Reserve on a rate hike.

This post originally appeared last spring and is part 2 of a series on what happens when interest rates start to rise.

This post originally appeared last spring. With a Federal Reserve rate increase largely expected to happen this week, I want to take a look at what happens when rates start to rise. 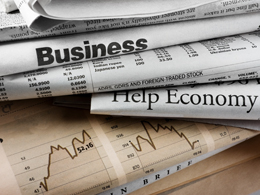 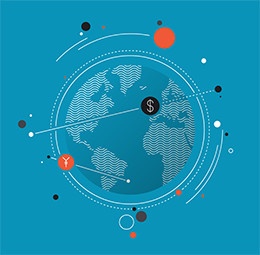 What Keynes and Hayek Can Teach Us About Economics

I shared this post in 2014, but it’s always worth another go.

As we close out the year and look ahead to a new beginning in 2016, I thought it would be fun to repost a couple of entertaining videos from EconStories that offer some surprisingly accurate lessons in economics. Let the rap battles begin! 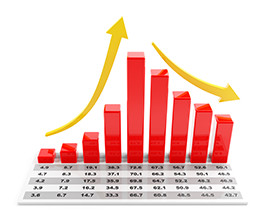 What’s Wrong with the Way We Measure Risk?

I shared this post earlier this year, and as we look ahead to a 2016 that could bring ongoing volatility, I think it’s a good reminder.

When we consider market returns, we often focus on average returns, assuming the downside will take care of itself. But I don’t think averages are the best way to express how portfolios may perform. In fact, I think this points to an even bigger problem: how we measure risk.

Feeling and living gratitude is one of the easiest and most effective ways to improve your life. Ever since listening to Shawn Achor speak at a Commonwealth conference several years ago, I have been writing down at least three things I am grateful for every day.

Last week was a busy one, with several important releases that provided a mixed bag of both support for a continued slowdown and a suggestion that growth remains solid despite that slowdown. Let’s take a closer look. 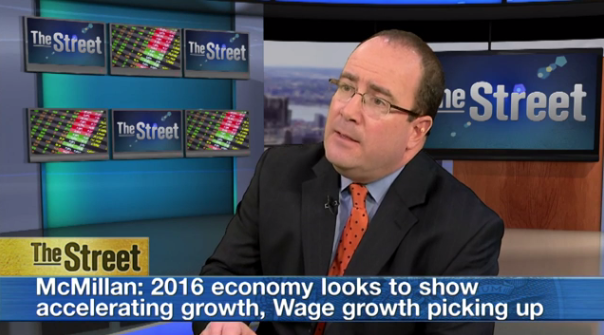 Last Friday, I was on set with TheStreet to discuss what’s ahead for the economy and markets with host Gregg Greenberg. From consumer income and spending growth, to a potential normalization in the energy sector, find out why I think 2016 will be a better year than many people currently expect. 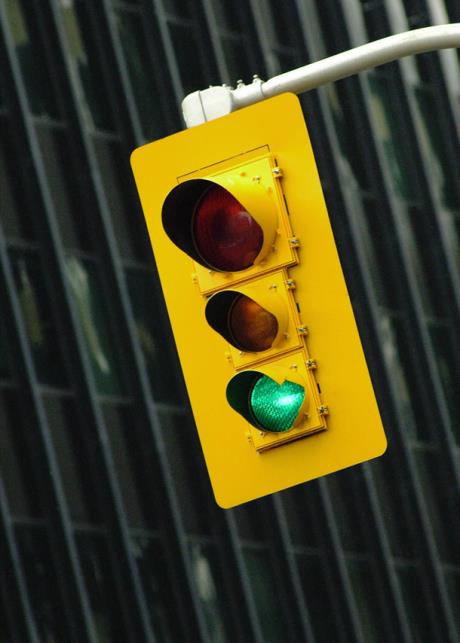 Once again, it’s time for our monthly update on risk factors that have proven to be good indicators of economic trouble ahead. For the first time since I started this update, we now have a yellow light—in consumer confidence—along with some other signs of weakness.

Recently, I’ve been working on the 2016 outlook, reviewing all of the usual data that we highlight monthly, as well as developing a series of other projections on wages, income, spending, corporate profits, and so forth. Although the consumer remains healthy, one of the things that has caught my eye has been a surprising deterioration in a number of business-related components of the economy, and it has me thinking about what this could mean in terms of an economic slowdown. 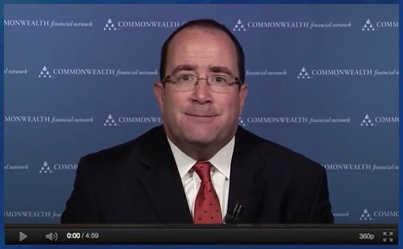 In my latest Market Thoughts video, I provide an update on the U.S. economy, along with recent global market performance. I also discuss the decline in spending growth that has likely resulted from lower consumer confidence levels. 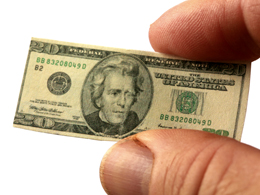 Is Saving Back in Style?

As we move into the holiday shopping season, we find ourselves deluged by catalogs, sales, advertising, and—in my case—impassioned pleas by my seven-year-old son for toys. Spending really doesn’t seem to be a concern, at least in terms of not enough of it. 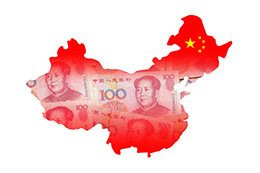 This post is a follow-up of sorts to one I wrote a couple of weeks ago, “U.S. Dollar Still Failing to Collapse.” As expected, the International Monetary Fund (IMF) decided to add (as of next October) the Chinese currency to the list of reserve currencies. Also as expected, the world is not ending just yet.