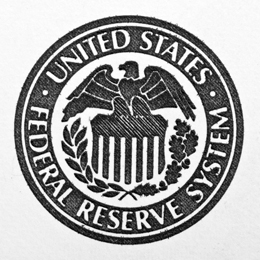 This post originally appeared last spring and is part 2 of a series on what happens when interest rates start to rise.

In part 1 of this series, I explored what interest rates would look like if they returned to their natural level and determined they would be approximately 5 percent on a nominal basis (assuming 2-percent inflation). As the Federal Reserve (Fed) has determined that 2 percent is the target inflation rate, this approximation of the natural rate seems reasonable. Current interest rates, however, are well below 3 percent, resulting in an obvious gap between where the rate is now and where it should be.

So, what’s keeping the rate gap open, when will it close (we may take a step closer this afternoon), and what happens then? (For those who read yesterday’s post, these are questions 2, 3, and 4.)

Looking to the Fed for answers

You’d think these would be simple questions to answer. After all, the Fed spent trillions of dollars buying securities specifically to keep rates down. Surely it has a detailed explanation for how that works, the extent of the effects, and what happens when it pulls back. Right?

Wrong. A commentary from the Cleveland Fed breaks out the components that make up interest rates. Explanations for low rates include:

Absent is any discussion of the effects of quantitative easing.


A discussion of quantitative easing (QE) from the St. Louis Fed defines and defends it, concluding that the Fed’s program reduced rates by about 75 basis points, or 0.75 percent, through a lower-term premium. For our purposes, we can ignore the details and surmise that, without the Fed’s stimulus, rates would be that much higher: 2.28 percent plus 0.75 percent, for a rate on the 10-year Treasury of 3.03 percent. This is still below the 5 percent we would expect.

The remaining gap must therefore come from low expected inflation and a decline in the real interest rate. The real rate, per the Cleveland Fed paper, dropped from at least 1 percent to 0 percent. When that normalizes, which seems to be happening, the 1-percent shift will be added back to the Treasury rate. Inflation expectations are quoted as declining by about 0.5 percent. Adding these two factors to current rates and the QE adjustment, we’re still below the expected 5 percent by about 50 basis points.

So, why have long-term rates remained muted ahead of the Fed hike?

Given this framework for understanding how interest rates ought to adjust, the end of the Fed’s bond purchases should have pushed rates up. There are three possible reasons why that didn't happen:

If ongoing low rates are indeed due to the European and Japanese QE programs, they may continue until those programs end, at which time we may see an uptick of 50 to 75 basis points. At this point, though, there’s no sign of either of those programs ending soon.

The adjustment for inflation is somewhat more speculative, but economists continue to expect inflation to remain low. I don’t necessarily agree with that, but for today’s purposes, let’s assume they are right, and any increase would be no more than the 50 basis points assumed in the Cleveland Fed analysis.

All of this is speculative, of course, but it gives us some context for understanding why rates are low, what’s keeping them there, and how and when that will change. With the ongoing stimulus by European and Japanese central banks, the absence of inflation, and the attractiveness of U.S. assets, all factors are pointing toward continued lower rates in the near to medium-term future, even with a Fed rate hike.

We’ll talk about what this means for our investments tomorrow.