Rising Inflation: Where Does It Go from Here?

We’ve received numerous questions about our inflation outlook over the past few weeks. In some cases, it seems investors are beginning to throw in the towel on traditional asset classes in favor of more inflation-sensitive areas like commodities, real assets, and managed futures, which have had a good run as of late. Before making wholesale changes to portfolios, though, it’s important to understand where inflation may be headed, as opposed to where it’s been.

Headlines are telling us that the Fed let things get out of control, with inflation at its highest level in 40 years and stagflation right around the corner. I would argue that the consensus on inflation could be wrong, mostly because the numbers are suggesting that things have already peaked and will probably moderate as the year progresses. So, let’s have a look at the data and cut through the headlines. 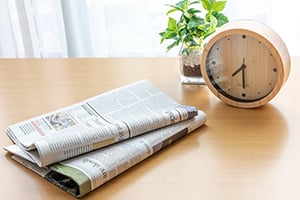 It was a relatively quiet week for economic updates, with only one major data release last week. Existing home sales fell in May, marking four consecutive months of slower sales and highlighting the headwinds for the housing industry created by rising prices and mortgage rates. This will be a busier week of updates, with reports scheduled that will touch on business spending, consumer and manufacturer confidence, and personal income and spending. 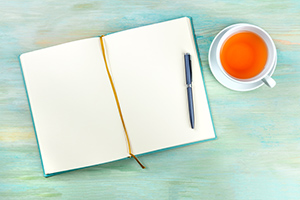 Today will not be the usual economic content, as I am out of the office for my mother’s memorial service. She passed away almost a month ago, suddenly from a stroke, after fighting Parkinson’s disease for several years. My dad and my family are doing well, all things considered, but today will be a hard one. 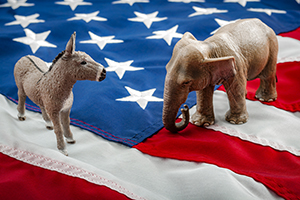 First, a confession. I handled a recent comment on the blog badly. A reader wrote in with a question that I read as a political diatribe, and I dismissed it without taking the question itself seriously. I realized that my response was wrong and have since apologized, publicly, in the comment section of that post. I owe my readers, if I can respond at all, a thoughtful engagement with their issue, and I failed that standard. I will try to do better going forward. 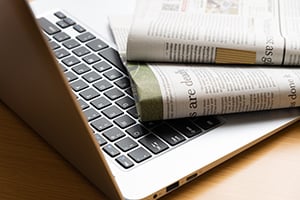 There were several important economic data releases last week with a focus on housing and the results from the most recent Fed meeting. The reports showed that housing construction slowed in May, reflecting lower demand for housing due to rising prices and mortgage rates. This will be a relatively quiet week of updates, with only one major report scheduled for release. 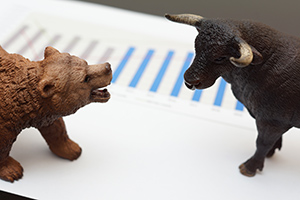 As we discussed yesterday, the bear is here. We talked about how interest rates, especially the yield on the 10-year U.S. Treasury note, will be determinative as to how long and deep the downturn will be, but noted that there was really no telling. Today, I want to take a look back at history and see if there are any clues we can look at.

The Bear Is Here

We hit a milestone just recently, although it’s certainly not one we wanted to hit. The S&P 500 stock index is now officially in a bear market, down more than 20 percent from its highs. The Nasdaq, of course, has been in a bear market for some time. It is down more than 20 percent, but that is primarily technology, which is notoriously volatile. The S&P 500, which includes the largest and best-known companies across all industries, is a better indicator of market stress overall. The fact that it has moved into the bear phase signifies significant market and economic stress.

Markets sold off in early and mid May due to concerns of slowing economic growth before a late-month rally brought them close to even. The month-end rally led to mixed results for the three major U.S. equity indices. The S&P 500 gained 0.18 percent while the Dow Jones Industrial Average managed to notch a 0.33 percent return. The Nasdaq Composite was unable to rebound to positive territory by the end of the month, with the technology-heavy index down 1.93 percent in May. The market turbulence during the month was a reminder that risks remain for markets, and they should be closely monitored. 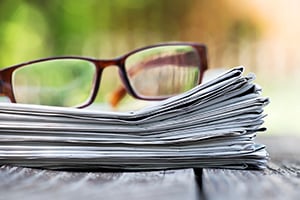 There were several important economic data releases last week, with a focus on the May Consumer Price Index report. Consumer prices increased more than expected during the month, as inflation continues to affect all areas of the economy. This will be another busy week of updates, with reports scheduled on producer prices, retail sales, the Fed’s June meeting, and new home construction. 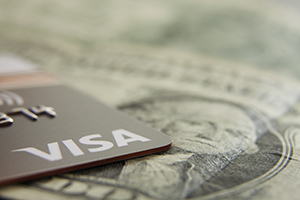 As we embark on the summer driving season, the average price of regular gasoline in the U.S. has reached an all-time high, surpassing $4.50 per gallon. Strong demand, supply chain disruptions, and low inventories have been common inflationary pressures among consumer goods, including gasoline. But what specific market factors are fueling sky-high gas prices? 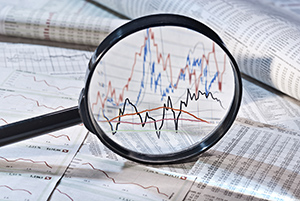 How Bad Could a Bear Market Get?

After a brief recovery, it looks like the market decline may have resumed. Although we never quite got to the 20 percent bear market threshold for the S&P 500 in the previous decline, it now looks like we are headed down again, so we might well get there. Once we get to an official bear market, the question then becomes how much lower we might go. Indeed, those are the top questions I am getting right now: how bad can this get—and when will it be over?

There were several important economic data releases last week, with a focus on business and consumer confidence as well as the May employment report. The jobs report was a highlight, as more jobs than expected were added during the month. This will be another busy week of updates, with reports covering international trade, consumer inflation, and consumer sentiment. 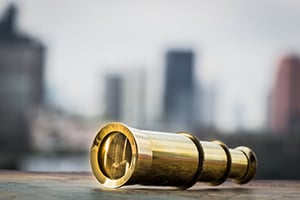 Markets stabilized in May after one of the worst months since the start of the pandemic. While it wasn’t a great month, after the terrible start to the year, any improvement was welcome. U.S. markets were mixed, with the Dow and S&P 500 up slightly, while the Nasdaq was down but not nearly as much as in prior months. International markets and fixed income also showed small gains. 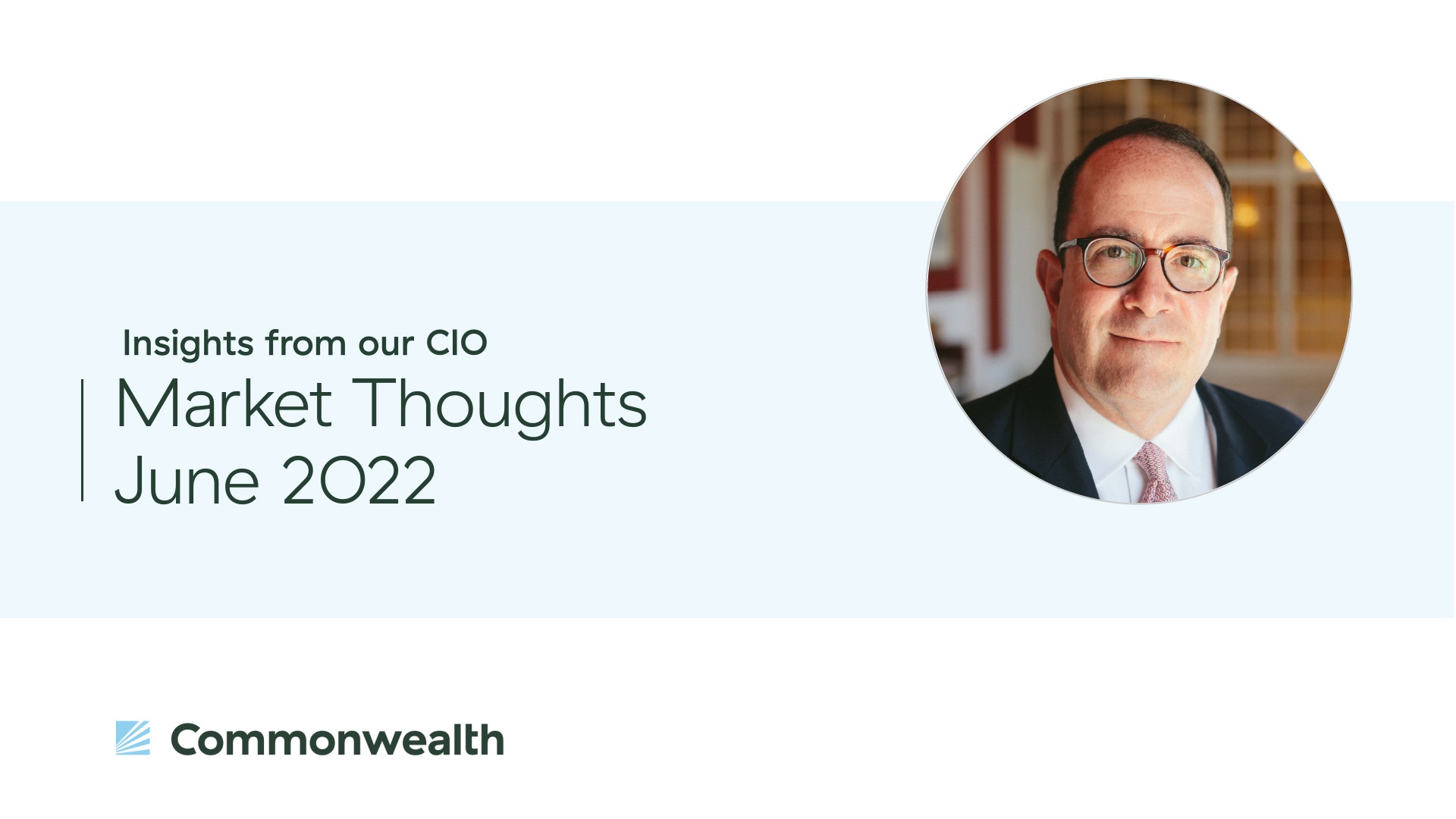 Markets started to stabilize in May. The Dow and S&P 500 ended the month with small gains, while the Nasdaq’s loss was small by recent standards. International markets edged up a bit more than U.S. markets, while fixed income showed gains. The primary driver here was interest rates, which showed signs of stabilizing. Further, hiring remained strong, supporting spending growth, and business investment was healthy.