Returns Over the Next Decade 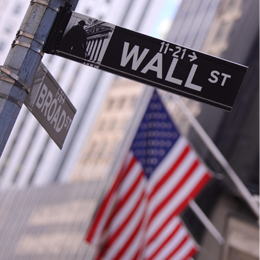 As a follow-up to my post from last week, on the likely returns from bonds over the next five to ten years, I thought I’d extend that discussion to portfolios as a whole.

When we look at investment returns, we have a time-horizon problem. People in general aren’t very good at evaluating more than a year or so in each direction. Looking back, this well-known cognitive bias is called the recency effect, where what is most recent is given most weight. (I’m not sure if there is a special name for the same bias looking forward—shortsightedness, perhaps?)

The recency effect and stocks

When we look at our portfolios, what we really concentrate on is performance over the last year and what we expect over the next year. Focusing primarily on a two-year time frame in an investing life that can extend over decades is, at best, not optimal, and, at worst, just nuts.

We see this with stocks especially.The most popular valuation metric, the forward price-earnings ratio, looks at what analysts expect over the next year. Those of a more conservative bent may consider the trailing year’s price-earnings ratio. Either way, you’re looking at only one year of earnings.

For stocks, there is a solution: the Shiller price-earnings ratio, which considers average earnings over a 10-year period. This is an explicit attempt to avoid recency bias and to capture a time horizon that is meaningful over an investor’s life.

Yet there's very little attempt to capture the likely returns looking forward an equivalent period of time. If you think about it, one year should be almost irrelevant in the course of an investor’s life. 2009 was not the end of the world, and 2013 didn't send everyone straight to heaven. What matters is performance over time.

Think about the information that’s generally available on returns. We’re told that, since World War II, stocks have returned around 8 percent to 9 percent. In the public consciousness, therefore, we have information on a 60-year hold and on a 1-year hold. We have very little in the areas that matter for most people.

Some great research has been done on the issue. Jeremy Grantham and his team regularly release seven-year forecasts on asset class returns—and have been very successful in their projections. Ed Easterling at Crestmont Research has done yeoman’s work on identifying and quantifying the link between initial valuations and subsequent returns.

The chart below, based on my own research, shows how forward returns have varied based on starting valuations, using a Shiller P/E ratio. We are now at a Shiller P/E of just under 28, per Professor Shiller’s website.

You can clearly see that the more expensive the market is, the lower your returns will be, on average, over the next five to ten years. I would also note that these figures, especially for the 25–34.99 cohort, are biased higher due to the inclusion of the dot-com bubble, which took values above where they’d ever been.

Time to adjust our expectations?

Looking at the next decade or so, based on that research and the current valuation of the market, a portfolio with 60-percent stocks and 40-percent bonds would be expected to return, on average, about 5 percent per year over the next 5 years, and about 6.5 percent over the next 10 years.

While still relatively optimistic, this is well below what most people expect. We have a potential mismatch between expectations and reality, even if we get average results.

Bear in mind, as well, that these numbers reflect average returns. Personally, I don’t believe the average return is the best way to express the problem (and there is a problem). We’ll talk about that more in the next several posts.

Forward-looking statements are not guarantees of future performance and involve certain risks and uncertainties, which are difficult to predict. Past performance is no guarantee of future results.