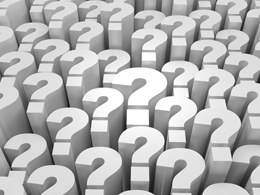 How we got where we are today

In the early days of the recovery, a significant amount of assets rushed into the space (Figure 1), resulting in a host of new products that allowed investors access to this unique area of the capital markets. The consequence of this strong demand was a decrease in covenants on new deals (meaning easier borrowing standards for issuers) and an increase in prices across the spectrum. Now, three years after the beginning of the loan “gold rush,” many investors have been left scratching their heads and wondering why floating-rate funds have been experiencing price declines when the market feels that the Federal Reserve is finally going to raise rates.

Why the price declines?

There are a couple of reasons why the loan market is seeing outflows, but the most notable is probably the realization by Main Street investors that floating-rate fund yields are not tied to interest rates. In most cases, they’re based on 30- to 60-day LIBOR numbers. Consequently, if the 10-year Treasury yield rises and short-term rates stay the same, there is no increase in the yield of a floating-rate fund. Why not?

Bank loan yields are based on a spread above short-term interest rates, such as LIBOR, which tends to be closely aligned with the fed funds rate. With the fed funds rate anchored at 0.25 percent since 2008, investors have seen their floating-rate yields stalled while broader interest rates on the longer end of the curve have, at certain times in the recent past, moved higher.

This notion, combined with the effect of the energy sector on the loan market, has led to frustrated investors and outflows because of underperformance, which has led to additional price declines and still more outflows.

Will the yields for bank loan funds increase when the Fed raises short-term rates?

Well, not exactly. Why not? Because of something called a LIBOR floor that was incorporated into a majority of floating-rate deals made after the financial crisis.

A floor protects investors from a decline in LIBOR so that the yield remains stable. The average floor in the market is currently around 1 percent. According to Voya Investments, this accounts for about 92 percent of floating-rate loans issued. If LIBOR moves below this 1-percent floor, the yield offered to investors would remain at 1 percent plus a cushion.

Certainly, this is an attractive feature to have in place. But with 60-day LIBOR well below the 1-percent floor, there would need to be a 0.75-percent to 1-percent move higher in LIBOR before there would be a reset of the yield for a loan fund. As mentioned previously, LIBOR is closely tied to the fed funds rate. Consequently, Fed Chair Janet Yellen and her dovish backers would need to raise rates roughly 1 percent before floating-rate loan investors would experience any improvement in the yield on their investments.