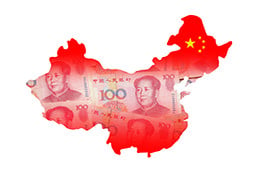 This post is a follow-up of sorts to one I wrote a couple of weeks ago, “U.S. Dollar Still Failing to Collapse.” As expected, the International Monetary Fund (IMF) decided to add (as of next October) the Chinese currency to the list of reserve currencies. Also as expected, the world is not ending just yet.

I closed that last post with the thought that China may end up getting just what it wanted—and regretting it. Thinking it through a bit further, I wanted to expand on that, as well as what it means for us here in the U.S.

The Chinese currency, the yuan, will be added to the IMF’s list of reserve currencies, those that make up its internal unit of accounting called the special drawing rights. This will officially put the yuan in the same class as the dollar, the euro, the pound, and the yen—making it part of an elite club.

Although there has been a considerable amount of worry that this would dethrone the dollar as the primary world reserve currency, a moment of thought suggests otherwise. Since the euro, pound, and yen have not managed to do this, there is no reason the yuan would either—at least in the short term. Indeed, with the dollar continuing to gain in value with respect to other currencies, the opposite has happened.

What will China lose?

From a Chinese perspective, this is a good thing, as the last problem China needs is a stronger yuan hurting its trade competitiveness. China has carefully managed the yuan’s value to prevent just that. But, with the yuan as a reserve currency, it will be less able to do so going forward. In fact, China will actually lose a number of tools it currently employs:

Currency valuation. Reserve currencies are typically free floating; that is, the markets determine what the value will be. As mentioned above, a strong yuan—which might come from more general holdings of the currency—would hurt the country's economy. Up until now, China has managed to prevent this, but it will be much harder in the future.

Capital controls. China has limited the amount of money that investors and businesses have been able to move in and out of the country, which has also limited the consequent economic swings, forced outside investors to take a long-term view, and forced its own citizens to keep money in the country. With domestic capital flight already a concern, and with international investors increasingly interested, the potential for destabilizing capital flows is very real—and potentially much less manageable with the yuan as a reserve currency.

Independence. In past years, China has been able to make policy based solely on its domestic concerns. But a greater international role for the yuan will require China to consider the global impacts of its decisions, making them harder and more complex.

The cost of reserve currency status

You may note that all of these are problems the U.S. is facing right now. The strong dollar is hurting our manufacturing sector, capital flows are free and affect our interest rates both positively and negatively, and the Fed is struggling with how its policy decisions affect the rest of the world, with the “taper tantrum” giving a vivid example of the potential consequences. These are problems that China has not faced to the same degree in the past, but it will have to face in the future. By electing to move to a reserve currency status, China is incurring costs both direct and indirect that will make its primary objective—recasting its economy from investment to consumption driven—harder to achieve than it is right now.

What does it mean for the U.S.?

For the U.S., this might actually start to ease some of the burdens of these costs over time, as China takes some of the load while potentially leaving many of the benefits in place. Rather than dreading the yuan as a reserve currency, we might want to cautiously welcome it—that is, if the Chinese decide they want to continue bearing the costs.