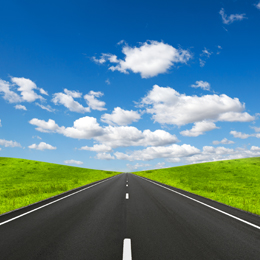 I’m working on my 2016 outlook right now—yes, a couple of months before it actually gets here—and am struggling to focus on what will be most important. Developing an idea about the future requires first identifying the most important issues, then making some decisions about how they are likely to evolve, and finally trying to tie them all together.

For 2016, so far, the important issues are the U.S. consumer, Chinese growth, and energy prices. There are, of course, many other things that have to be considered, but these are three of the most important to the eventual outcome.

“No one ever lost money betting on the American consumer” is a quote you used to hear a good deal more than you do now, but I would argue it’s still appropriate. Consumer spending continues to grow; the difference this time around is that people are limiting their spending to slightly less than their incomes, if you can imagine! Much of the angst over slow economic growth has been based on this simple fact, but personally I think it’s a good thing.

What could this mean for 2016? We can reasonably project continued spending growth at rates similar to those of 2015. You could make a good case for faster (higher wage growth, more jobs) and for slower (job slowdown, continued wage stagnation), so the best course is the middle. What you don’t see is a consumer-led recession, which is kind of a nice thing to rule out. I say this for three reasons:

China’s demand for raw materials has driven emerging economies around the world. Chinese growth has also, for the first time, been the driver of the postcrisis recovery. Although the U.S. is now assuming that role, China will remain important.

At the end of 2015, Chinese growth looks to be under threat, but the government is responding with policy measures that should support existing growth levels. The question for 2016, then, is not whether growth will recover to previous levels—it won’t—but whether it will fall further. Based on those policy changes, it seems unlikely that China’s government will allow this to happen. Here in the U.S., we’re not all that exposed to China. So, the real question for us is whether it will implode to a degree that would affect us, and the answer looks to be “no.”

To a large extent, the current recovery is based on lower oil prices. So, whether they will rise in 2016 is an important question. I believe they’ll remain in the $40 to $60 per barrel range through next year, constrained by the fact that supplies are increasing, costs are decreasing, and demand is growing slowly. There simply is not the excess of demand over supply that would allow prices to rise; if there were, U.S. production can be brought on line to meet the excess demand quickly and cheaply. The U.S. is now the price setter for oil, which will dramatically limit any damage from higher prices.

Looking at all three of these factors, the big picture is for continued slow growth but with an upside possible, and maybe even likely. Considering where we are coming from, this is not a bad big picture at all. Now I just need to fill in the details.