Why Oil Prices Are Declining 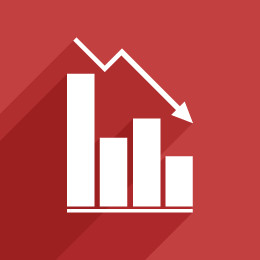 Now that the equity markets seem to have stabilized a bit, let’s return to what underlies much of the current turmoil: the market for oil. The conversation usually centers on the price of oil, but the price is merely a symptom, not the cause.

Drilling down to the real issues

Let’s consider why the price of oil is dropping. As always, this is a question of supply and demand.

The oil market opens. In the past, drops in oil prices have been caused by a lack of demand alone, usually due to economic weakness. Consequently, price declines were cyclical and subject to adjustment as the suppliers—the Organization of Petroleum Exporting Countries (OPEC)—changed their production. (You’d be hard pressed to find a better example of a managed market run by a cartel.) OPEC wasn’t the only beneficiary, of course—the Western oil majors also benefited—but the point is that prices were managed, not set in a free market.

The world has changed in the past 10 years. The determinant of prices has shifted to supply as a new, less manageable source of oil—the U.S.—has come online. The Saudi Arabian government or Exxon can determine how much to pump in aggregate, but with 10,000 U.S. wildcatters drilling wells whenever they can get financing, there’s no supply discipline at all, and therefore no price discipline. The explosion of supply from small drillers is what drove the initial price declines.

Technology brings costs down. The cure for low prices, they say, is low prices. In theory, lower prices lead to less supply, which eventually drives prices back up. This is, seemingly, a commonsense economic response. The problem is that it simply doesn’t work in areas of rapid technological change. (Anyone waiting for mainframe computer prices to rebound, for example, has been waiting a long time.)

The second component of oil price declines has been substantial, ongoing improvements in oil and gas production technology, with corresponding declines in costs. Anecdotally, costs are dropping more than 30 percent per year. When you combine falling costs with an open market, prices will continue to decline as well, eventually decreasing to the marginal cost of production. This is the situation we now find ourselves in.

What are the Saudis thinking?

The most recent development in the oil story is Saudi Arabia’s decision to keep pumping, rather than cut production to drive the price up. Historically, the Saudis have cut production, and that strategy has been successful. Why have they changed course, and what does that mean for the future of the energy market?

The Saudi Arabian government needs the money, and it has always managed production to maximize long-term value. In the past, by restricting the supply, the Saudis could drive up prices and maximize total revenue. They still need the money—more now than ever, in fact—but their calculation of how to maximize total revenue has clearly changed. There are several possible reasons for this.

1. They may believe that the unmanaged U.S. supply will continue to drive prices down to the marginal cost of production. If that happens, coupled with improving technology and the repeal of the U.S. ban on oil exports, the price of oil may be set for a long-term downward slide. When you expect prices to decline, it makes sense to sell everything now and get what you can.

This is the supply-side argument, and it would explain the Saudis’ current strategy. Perhaps they simply don’t believe they have, or will have, the dominant market power they enjoyed in the past.

2. They may believe that energy is in a long-term trend away from hydrocarbons. The recent Paris climate accord is one big signpost pointing in that direction, as is the fact that major buyers—China, for example, and Europe—have made massive commitments to renewables. With many renewable energy sources getting close to cost parity, without the externalities of carbon-based fuels, we may be approaching a tipping point, where demand decreases annually rather than increasing.

This is the demand-side argument, and looking at trends in demand, it appears reasonable. Apart from a shift to renewables, we also see economies becoming less energy intensive, meaning that demand can be expected to grow more slowly in any event.

3. Or maybe both. The Saudis don’t have to buy into either argument fully to think that maximizing current revenue may be the optimal strategy. Even if either trend pauses at some point, the fact is that substantial economic forces are poised to drive down oil prices, suggesting that any future appreciation may be limited, at best.

This doesn’t mean oil prices will stay low forever, of course. Politics can always intervene, and a war, as I mentioned the other day, could drive prices up in a big way. Long-term, though, the trends do look negative for oil prices on both the supply and demand sides.

In short, for oil, it does seem as if it will be different this time (and the Saudis are certainly acting that way). Could prices continue to drop? And what would that mean? We’ll discuss those questions in the next several posts.