What If the U.S. Set Oil Prices? 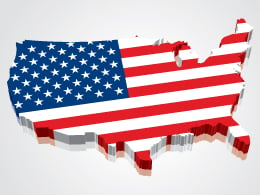 For decades now, the U.S. has essentially had to accept the oil prices set by world markets. Starting in 1973 with the OPEC-driven oil shock, the major producers have been foreign countries. If the U.S. wanted the oil, we had to pay the price.

But are things starting to change?

Federal policy currently prohibits the export of oil, but today we saw the first crack in that wall: two companies have reportedly received permission to export a specific type of unrefined oil. Although the rulings haven’t been officially announced, and the Commerce Department says there’s been “no change in policy on crude oil exports,” the implications are clear.

As I wrote the other day, because the U.S. energy environment has changed so dramatically, we’re not as exposed to the troubles in Iraq as we might have been in the past. Looking a couple of years into the future, with U.S. production continuing to expand, not only do we stand to become more self-sufficient, we might actually become an exporter—even taking over the “swing producer” role from Saudi Arabia.

Of the many oil-producing countries, the main price-setter has been Saudi Arabia. By deliberately running its production below capacity, it could keep prices higher than they really had to be. And, when other countries started to eat into its market share, Saudi Arabia could open the taps, drive production higher, and lower prices until its competitors were forced to back off.

Classic monopoly-style predatory pricing—and it worked. A piece from Confluence Investment Management highlights some examples of this strategy:

In both cases, Saudi Arabia used its power over oil production and prices to influence other countries’ policies. Higher (or lower) oil prices can be more effective than any sanctions policy in enforcing economic-driven changes.

To export or not to export?

Opponents of lifting the ban on U.S. oil exports argue that it would mean higher prices for American consumers. But that probably wouldn’t happen. We’re already close to the point where we can't refine all of the U.S. production domestically, so the oil simply wouldn’t be produced, and therefore prices wouldn’t change.

Overall, allowing oil exports would be a very positive development for the U.S. economy, driving investment and job creation in the energy sector, as well as providing many economic and geopolitical benefits. For example:

Exporting oil simply makes too much sense, in too many ways, for the ban to continue.