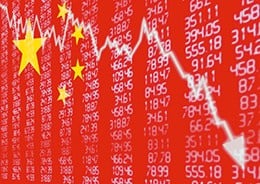 It certainly didn’t take long for markets to set the tone in 2016.

The first trading day of the year kicked off with big declines around the world, and investors were quick to start worrying. At 9:40 A.M. yesterday, someone asked me what I thought of the “January effect”—the notion that what happens in January determines the outcome for the year—and if I believed 2016 would be a washout. My response, in brief, was that 10 minutes probably isn’t a long enough time frame to judge the entire year.

Nonetheless, something did happen, and the question is why. Why did Chinese markets drop so much, bringing the rest of the world down with them?

My take is that the precipitating event was the Saudi Arabia/Iran rupture, which fed into the Chinese market drop, which roiled the rest of the world. Rather than a China story, this is really an oil story.

Higher oil prices could be a game changer

Although many in the U.S. have discounted the effect of cheap oil on the economy, it has, in fact, helped tremendously across the board—by supporting consumer spending power, lowering business costs, and generally nudging the expansion along.

And the effect of cheap oil is much greater in other parts of the world, notably China and Europe. Both import significantly more energy, as a percentage of their economies, than the U.S. does, and the benefit from low prices is proportionately greater. For all the decline in China’s growth rate and the sluggishness of the European recovery, things would have been much worse with higher oil prices.

This is why rising prices, which could easily be brought on by a larger Saudi Arabia/Iran confrontation, are such a potential game changer. Iran, remember, talked about shutting down the Strait of Hormuz—through which 20 percent of world oil flows—as recently as 2012, and it has expanded its capabilities to do so. Even the prospect of such a shutdown (an obvious tactic in a war against Saudi Arabia) could drive prices up substantially and potentially reduce available supplies.

In a world awash with oil, this would be a major shock, greatly slowing the European recovery and complicating the Chinese government’s attempt to transition its economy to consumer-led growth. Chinese manufacturers, already facing margin challenges, would get hit even harder by higher energy costs. Consumers would see their spending power crimped. An increase in oil prices would hit both ends of the Chinese economy, upsetting the present structure and making a shift to the new structure slower and more likely to fail. It would be a big deal.

This is why the Chinese market fell. If you think about it, the other two factors cited—weak growth and the pending expiration of share sale restrictions—aren’t news. The only real change is the prospect of higher oil prices. With the drop in the Chinese market and the very real risks to Europe and other areas from higher oil prices, markets around the world fell in sequence.

In China: At this point, the risk of steeper oil prices remains just that—a risk—but it’s one that the Chinese government has to take seriously. China will no doubt attempt to support its market and economy in multiple ways. Unfortunately, there’s very little that can be done in the short term to offset that risk. The challenge China faces just got even tougher.

In Europe: The European recovery, although real, may be more exposed to the Middle East than most investors think. A new major risk factor has just forced itself on our attention.

In the U.S.: Here, the risk is much less. We’re less exposed to higher oil prices on a relative basis and have a better-established recovery under way. Direct exposure to China is limited, and the domestic energy sector would actually benefit from higher prices, offsetting any negative effects. Indeed, higher energy prices could act as a tailwind for the stock market, bringing the energy sector back to life. This isn’t to minimize the potential risk but to highlight that the U.S., once again, is in a relatively superior position compared with the rest of the world.

That said, we should keep in mind that the risk extends beyond the Saudi Arabia/Iran confrontation. That conflict is very likely to be dialed back, although the problems driving it will most certainly surface again. More worrying is that the Islamic State may create an even worse, and less controllable, situation.

As investors, we have to expect that such volatility may continue. We’ll talk about how this could play out tomorrow.