What to Watch for in 2018: Housing and Auto Sales 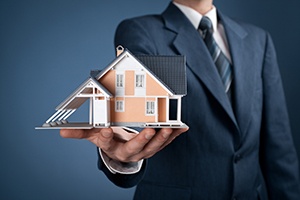 Yesterday, I noted briefly that I would be “keeping an eye” on how long the good times last in the new year. It was one of those offhand comments that, once you think about it, really requires quite a bit more thought and analysis than at first glance. As an example, my dog is now barking like crazy at the snow. Why is he barking? I don’t know, and I suspect he doesn’t either. He just knows things are different and therefore worrying, and he wants to let his people know he’s on the job. My aim is to be at least slightly smarter than the dog here, so let’s lay the groundwork for what we will be watching in 2018.

There are two questions we have to consider: what’s important, and how will we know when there has been meaningful change in the important things?

Beyond the big four

The most important issues, from an economic standpoint, are those I cover monthly in the Economic Risk Factor Update. Job growth, consumer confidence, business confidence, and the yield curve are the best indicators of pending trouble, which is why we track them. Beyond these, however, it also makes sense to review changes in other data that relates to the big four.

Consumer confidence is one thing, but actually spending money is another. To track that, I watch housing and auto sales. Buying a house is the largest purchase most people will ever make, and it requires a multi-decade commitment to a mortgage. You have to be very confident about the future to do that, so housing is worth watching. Similarly, autos are a major purchase and a multi-year commitment. Auto sales are also a much wider indicator, as more people can buy cars than houses. Between the two, you get a good sense of how that confidence is translating into the real world.

Interpreting the data, however, requires some thought. Both bounce around on a monthly basis and are subject to various noneconomic factors (e.g., the recent hurricanes). There are multiple ways to look at data, but in these cases, I want to review them both over a longer term and by analyzing trends.

Let’s look at housing sales first. Existing home sales popped in December, up by 5.6 percent on November (good news). Total sales were up by 3.8 percent from a year ago (more good news). On a trailing 12-month basis, sales were also up by 2 percent (even more good news). Housing has been strong across the board, any way you look at it.

At face value, it looks like housing continues in an uptrend, while auto sales have peaked and are headed down on a long-term basis, despite short-term improvements. Given the different populations that buy homes and cars, this may indicate that the less affluent (i.e., those who buy cars but not homes) are starting to be tapped out. This could be an early warning sign. It is also consistent with the consumer confidence survey data and provides additional support.

The next step, of course, is to monitor whether the auto sales trend continues—and whether the positive housing trend keeps up. There are signs it may not. Housing price increases, for example, are running at about twice the level of wage growth, making housing increasingly less affordable—especially for people with lower incomes. This is again consistent with what we saw above.

Is the economy turning?

There are other indicators worth watching—and potentially barking at—but these two give a good example of what I mean by “keeping an eye” out for a turn in the economy. We have early indications, from auto sales, that such a turn may be underway. Housing, however, says we are not there yet. Let’s watch these and other data points to better understand when the turn comes.