The U.S. Oil Renaissance: Another Reason to Celebrate America

Over the past several weeks, I’ve written a couple of times about the U.S. oil industry—specifically, how it’s becoming increasingly supportive of continued economic growth.

Following up on yesterday’s post, I want to take a more detailed look at the U.S. oil renaissance, and what it might mean for the country going forward. 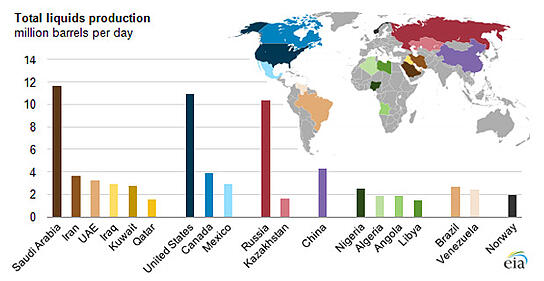 Fast-forwarding to May 2014, U.S. energy production has increased even more, to 12.3 million barrels a day, per the U.S. Energy Information Administration, and it’s expected to grow at an even faster rate over the next couple of years.

The absolute level of oil and liquids production has increased dramatically, along with that of natural gas, and the price has responded.

Looking at the Brent price for crude oil in the chart below, we see it rise until 2007 and then drop off with the financial crisis. As the world economies recovered, we see a price recovery—but not to the previous high; since then, it’s dropped down even as the recovery continued. 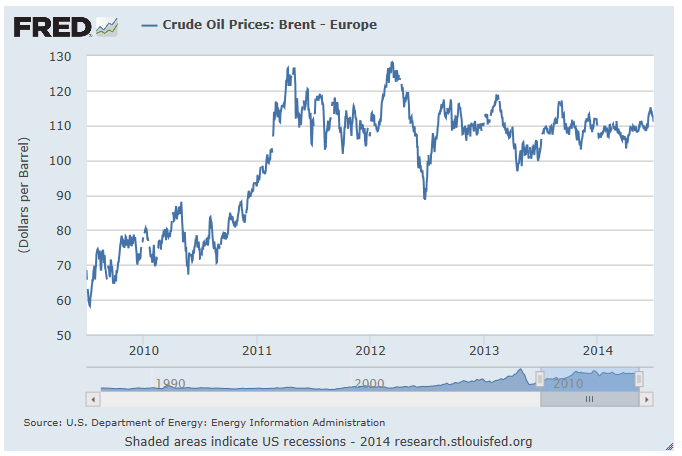 Looking at the U.S. oil price, we see the same behavior.

And U.S. natural gas prices have shown an even more pronounced trend. 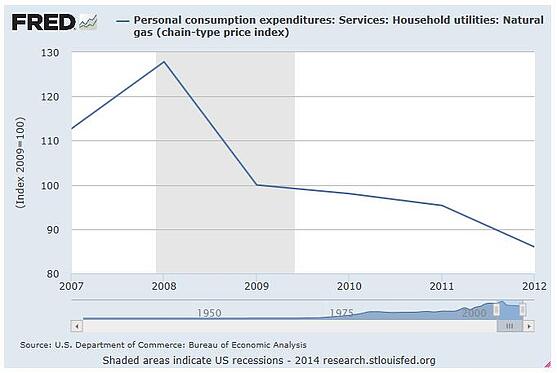 Cheap energy has benefited both the U.S. consumer—gas prices are one of the major drivers of consumer confidence and spending—and U.S. business, particularly manufacturing. Below, we can see the direct connection in the growth of manufacturing employment, which increased over the same time periods. 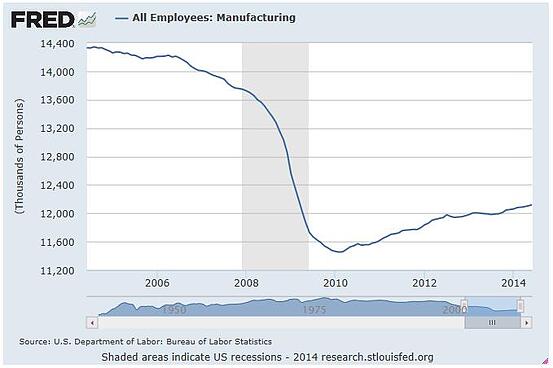 In fact, even as the number of jobs has increased, average overtime levels have returned to the peak levels of 2007. Surveys indicate that manufacturing employment is expected to increase at the fastest pace since 2004, and the average workweek for manufacturing and production workers has hit the highest level since the end of World War II.

The manufacturing recovery is also generating new jobs. Studies show that each new manufacturing job will support an additional two to three jobs in other sectors.

All of this indicates that the U.S. job picture should continue to brighten. I’ve noted before that employment is growing at levels consistent with the mid-2000s, and the most recent data shows that growth remains strong.

Overall, we should continue to benefit from growing domestic oil production in a number of ways—with jobs being a major one.