Reasons to Worry About the VIX

Also known as the “fear index,” the VIX tends to stay low when investors are feeling confident and to spike when investors get scared. Technically, it reflects the volatility of the stock market—how much things bounce around—but on a practical level, it tends to mirror recent market performance.

Why should investors care?

When the VIX is low, returns over the next couple of years tend to be subpar. This is probably because, after a long run of success, investors get complacent—right about the time the market is due for a correction. You can see the negative correlation in the following chart, where spikes in volatility preceded lower returns. (Note 2008 in particular.) 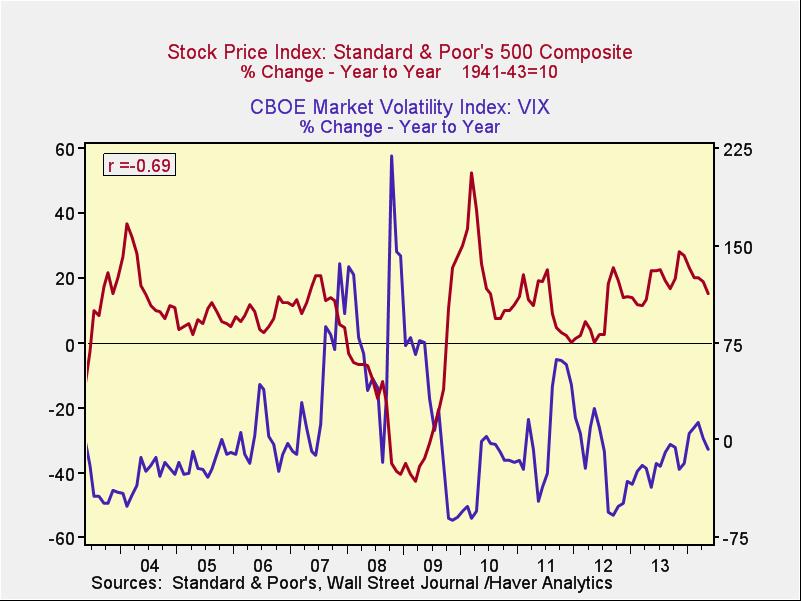 Why does this matter right now? As you can see, changes in the VIX are at about the same levels as they were in 2007. The actual level, shown in the chart below, is also around the 2007 mark. 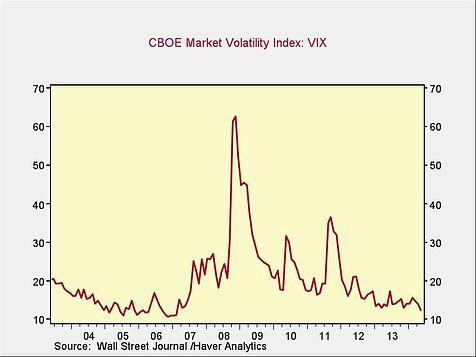 So, should we worry? Quite possibly—not necessarily because of the VIX itself, but because of what it represents. The VIX is largely coincident with the stock market, which makes it less useful as a leading indicator. While a spike in the VIX can indicate a sustained downturn, it doesn’t give you much advance warning.

What we need is an indicator that’s highly correlated with the VIX, provides a signal several months ahead, and, ideally, is tied to fundamental economic factors. An interesting one I’ve found is the Economic Policy Uncertainty Index.

The index consists of three underlying components that measure uncertainty about economic policy based on:

Will the VIX climb alongside concerns about economic policy?

Looking at chart below, you can see that the Economic Policy Uncertainty Index jumped higher in 2006 and 2007, as well as in 2010 and 2011, preceding spikes in the VIX each time. Worryingly, we also see a very recent spike, taking us back to 2007 levels. 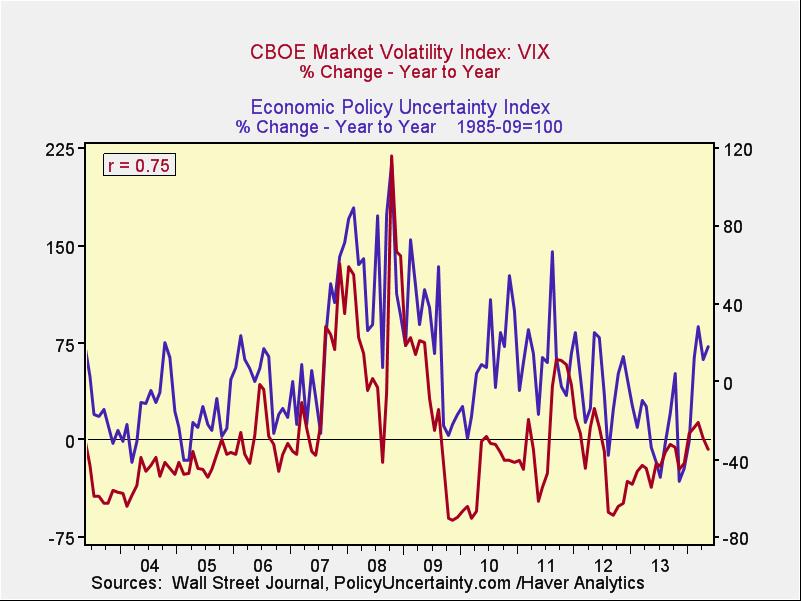 The VIX hasn’t responded yet, but if history is any guide, it’s not a bad bet that it will. Given the uncertainty around the federal government as elections approach, and the wide range of opinions on the economy, even at the Federal Reserve, the spike in the economic uncertainty index is reasonable. Add in geopolitical uncertainty, especially with respect to oil prices, and it makes even more sense.

I’ve said before that the market is priced to perfection, and the rising economic uncertainty index puts a quantitative figure on that. Based on past history, I wouldn’t be surprised to see uncertainty rise and stock market values suffer accordingly.

The problem, as always, is when. The chart above suggests the time might not be that far off.