Why the Middle East Matters: Oil Prices and the U.S. Economy

With rising turmoil in two major oil-producing states, Iraq and Iran, the world faces an increase in oil prices—and the consequent economic damage. Fortunately, the U.S. is much better positioned to ride out the storm than it has been in the past.

It all comes down to oil

U.S. news coverage of the civil war in Iraq has largely focused on the military conflict and the domestic political implications. Largely unexamined is the question of why the U.S. cares at all. While this is setting up to be another humanitarian tragedy, that alone doesn’t make it a pressing national interest.

The reason, of course, is simple: oil.

Oil is the lifeblood of a modern economy. Estimates vary, but each $10 increase per barrel can knock off about 0.2 percent from economic growth. With U.S. growth currently expected to fall in the 3-percent range, this is significant. Oil prices have risen by about $3 over the last month, and they could be headed higher as the conflict worsens.

Why we’re not in for another oil crisis

What do higher oil prices mean for the U.S. recovery? Actually, not nearly as much as they used to. The vision of the 1973 oil crisis should remain a nightmare rather than a reality, for several reasons:

The U.S. is less exposed on a net basis to foreign imports. U.S. production is catching up with demand, and imports are down by about 2 million barrels per day over the peak, per the U.S. Energy Information Administration (EIA). What’s more, imports are expected to decrease by another 2 million barrels per day, while U.S. production keeps increasing.

The U.S. economy is significantly more energy efficient than it used to be, so the effects of price changes are simply smaller. This chart, from a Federal Reserve paper, shows that energy consumption per dollar of GDP has been cut almost in half since 1970. Although the relationship isn’t linear, any effect from rising oil prices should be materially less than it has been in the past. 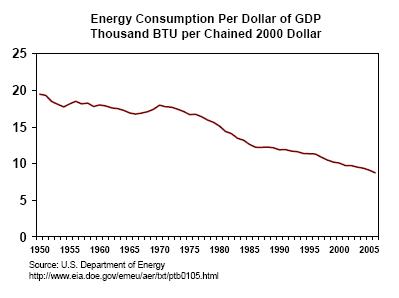 While imports remain substantial, the areas from which we get them have shifted. The table below, from the U.S. EIA, shows that Iraq accounts for only about 5 percent of petroleum imports. Iran, of course, isn’t even on the list due to sanctions. 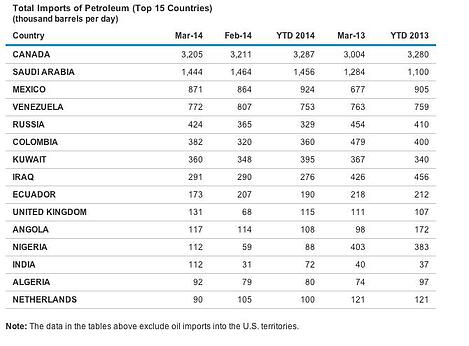 Overall, the rise in oil prices will have an effect on the U.S. economy, as oil prices are set globally, but that effect will be smaller than historical experience would suggest. Given the relative security of actual supply, there’s also very little to no chance of real shortages. The effects will most likely be indirect, in the form of higher gas prices, which will hit consumer spending and confidence. The impact will be material, but it should also be easily reversed when prices ease.

Make no mistake: higher oil prices are a headwind for an economy that doesn’t need one. But in context, it’s a relatively minor headwind, and not great cause for concern at this point.