No, It’s Still Not Time to Worry About the Markets 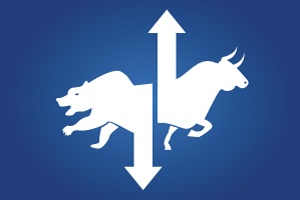 U.S. markets have bounced back a bit after yesterday’s decline, but I think investors are still rattled by recent developments. I said yesterday that I don’t think this is the onset of the big one, and we shouldn’t worry. At the same time, it is certainly possible that we’ll see markets fall even further. If it’s not time to worry yet, when will it be?

Looking back at history, in all of what I call crisis bear markets, which does not include 1962 and 1987, a couple of data points have been useful indicators of when to worry. I cover many of them in my Monthly Market Risk Update posts, but let’s look at one in particular today.

Keeping an eye on the 200-day moving average

The 200-day moving average (MA)—which is the index’s average closing price over the past 200 days—is the best indicator there is, in my opinion. There’s nothing magical about 200 days—you could use 50, 100, 400, or 63.25 for that matter—but 200 days seems to be a sweet spot between false alarms and timeliness. This is when I personally start to pay attention to drawdowns.

Right now, the 200-day MA is around 19,550 for the Dow and 2,255 for the S&P 500. These levels would represent declines of just under 8 percent from the Dow’s high and just over 6 percent from the S&P’s high. Based on where the indices are today, they’d represent about a 5-percent decline for both. I’d really start paying attention then, but we are nowhere close to those levels right now.

Five percent. Six percent. Eight percent. These are meaningful declines. And it might feel scary to wait that long before reacting—especially given the smooth sailing markets have experienced recently. In reality, though, this is normal market volatility. A drop like Wednesday’s, although uncommon recently, is typical, and even larger drops are typical as well. We could see markets decline a good bit further before they really enter the worry zone.

Worry signals are not crash signals

Even if markets do enter the worry zone, that doesn’t mean they will keep getting worse. As I mentioned, the 200-day MA is when I start to pay attention—not when I panic. At that point, while a greater decline is a real possibility, it’s not a certainty. Over the past couple of up cycles in the market, there have been between two and four false alarms from the 200-day before the market rolled over for real. As we saw early last year, the market can drop quite a bit (then it was more than 15 percent) and rally back to new highs quite quickly. A worry signal is not a crash signal.

When I start to get more concerned is at the 400-day MA, which would be about 18,500 for the Dow and 2,150 for the S&P. These levels would represent declines of 9 to 10 percent from where the indices are now. Even then, though, future trouble is not guaranteed. There have been false alarms in this cycle as well. So, although the 400-day MA is a much better worry signal, it’s still not perfect. Absent other risk factors, even a pullback this deep is likely to be temporary, as it was last year.

Be prepared for declines, but don’t worry yet

While I am aware of yesterday’s market drop and prepared for a further decline, I am not yet concerned. Having researched the data and done the work, I know when I should start paying attention. There will come a time to worry about the market, but the data says it’s not time yet.