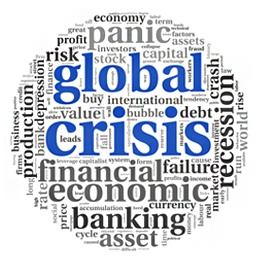 I got an e-mail from a reader the other day that really bothered me. A former investigative journalist worried about where the world was heading, she sent me a list of concerns, backed up with citations from more or less reputable sources.

The concerns themselves were nothing unusual—the U.S. debt and deficit, America’s position in the world, the status of the dollar. What struck me was the writer’s absolute conviction that the entire financial/economic system is broken.

This woman was intelligent, experienced, and thoughtful; she simply didn’t trust the data that disproved what she had come to believe. As I wrote back to her, I can’t really help with that. If you truly believe everything is broken, then your best bet may be to head for the hills. You don’t want to be around a lot of other people when the collapse comes.

As always, I refer you to the data

If you’re concerned but still open to argument, plenty of evidence suggests that the system is not, in fact, broken. I tend to use markets and economic data as a guide to what's actually happening, and, right now, they’re telling us the following:

1. The dollar is not collapsing. In fact, it’s close to a 10-year high and likely to surge higher yet. If you believe that currency traders, who have the ability and incentive to get values right, are profit motivated, it’s clear that lots of people, worldwide, would rather own the dollar than any other currency.

2. The price of gold is falling. Gold is about 40-percent cheaper, in dollar terms, than at the peak in 2011. If the system really was breaking down, as it arguably might have in 2011, gold would be high and rising, not falling for years on end.

3. Job creation is strong. Companies don’t hire if they don’t have to, and job growth is now at levels last seen in the 1990s. Job creation is an expression of demand—by millions of employers—indicating that things are getting better and that they will need those employees in the future.

4. The U.S. debt, deficit, and unfunded mandates can be fixed. These are certainly problems, but not existential ones. All three could be solved either by raising taxes or cutting spending, both of which have precedents and wouldn’t collapse the economy. With the recent fiscal cliff and sequester, we saw that when push comes to shove, the government is capable of acting. Right now, though, things are actually better than expected.

5. The dollar’s role as the major reserve currency remains secure. The addition of the Chinese yuan to the IMF’s currency basket, if it happens, would simply acknowledge the fact that the Chinese economy is now a major player; the yuan wouldn’t displace the dollar any more than the euro and yen have. Of course, given China’s recent currency devaluation and potential economic problems, that might not even happen. In short, the U.S. doesn’t seem likely to lose its primacy any time soon.

Problems and risks, sure, but not complete dysfunction

I can sympathize with people who worry; in fact, I’ve been known as Eeyore for showing that tendency myself. My job as an analyst, however, is to look at the data and try to determine what’s really happening. The fact of the matter is that the doomsayers have been wrong for the past seven years. They won’t be wrong forever—at some point, we will face another recession and stock market decline—but it’s a long way from there to a complete breakdown of the system.

Bottom line: Volatility is normal. Risk is normal. Problems are normal. When you go looking for things to worry about, you will certainly find them, but that doesn’t mean the entire system is broken.