Will We Have a Depression? 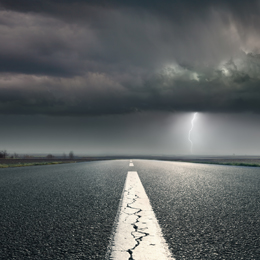 Today’s topic comes from a reader question that underlines, very succinctly, the economic event people dread most. We talk about the stock market, we talk about the Great Recession, but the real fear is that we are in, or about to enter, a repeat of the Great Depression—and that we won’t be able to get out of it.

Lots of people are calling for the next depression, although many of them are using it as a way to sell you something. There are many reasons to be worried about the economy, both here and abroad. But this is always the case. People have been calling for doom throughout history, and there always have been and always will be real concerns. Yet, somehow, we manage to keep moving forward and even progress.

How can we tell if we’re really at risk? To address that question, let’s take a look at what made the Great Depression so bad and see if the conditions that caused it are likely to repeat themselves.

Why the Great Depression was as bad as it was

There are many differences between then and now, obviously, but for our purposes, the two big ones are the monetary system and the global political and trade system. (For a bit more context, see my review of Lords of Finance by Liaquat Ahamed.)

Briefly, at the time of the Great Depression, countries were constrained from managing their currencies by a system of fixed international rates, policed by exchanges of gold. As countries ran into economic trouble, they could not adjust their policies accordingly. As different countries’ economies contracted, relations between them soured as they sought economic advantage through noncurrency means—usually some form of trade restrictions. Central banks, constrained by the gold standard, could not act extensively and, in any case, were generally philosophically opposed to trying to manage their economies.

While all of this should sound familiar in many ways, the differences with today are also quite clear. Now, central banks have actively attempted to stabilize economies and markets, with a great deal of success in the U.S. Even as economic stresses have grown, most countries have refrained from explicitly trying to gain an economic advantage through monetary policy and trade restrictions. The reserve currency, the U.S. dollar, has remained rooted in an open economy, which supports the rest of the world.

In order for a new depression to hit the U.S., current policies would have to revert to something more like those of the 1930s. An actual currency war, with nations devaluing in order to steal exports from competitors, would be a first step along the path. The next would be trade restrictions designed to keep jobs at home, prompting similar restrictions from other countries, and then a breakdown of global trade even as tensions between countries (and economic stress) continued to ratchet upward. Central banks would keep interest rates high, for fear of inflation, and governments would cut spending, further constraining the economy, for fear of deficits. Again, this is precisely what happened in the Great Depression.

A much different situation today

On the international front, although there are signs of competitive currency devaluations, there is no currency war at the moment and no real evidence of one getting under way. The dollar’s strength has more to do with the superior condition of the U.S. economy and the Fed’s rate increase. On the other hand, trade restrictions are again on the menu, and any such policies could indeed spark the kind of trade war that would make another depression a real possibility.

Here in the U.S., the Federal Reserve has been determined to be part of the solution instead of part of the problem, and it is unlikely to take actions that would tip us into a depression. Arguably, the Fed has leaned too far the other way. Fiscal policy, or government spending, is another story. One reason for the slow recovery has been the very real cutbacks in overall government spending in the past several years, and renewed spending cuts would be another headwind—though probably not enough of one to tip the U.S. back into a depression.

Other countries are less fortunate. With the restrictions imposed on governments by the euro, Europe is a candidate for a depression. Recent actions by the European Central Bank have been designed to prevent just, but it's unclear whether they'll be enough. China also has problems that could lead to a depression, but again, its government is making progress with policy measures. There are real risks out there, but the policy responses are similar to the one that helped the U.S. exit the Great Recession before it got worse.

Depression not in the cards

Looking at the big picture, the U.S. economy is reasonably healthy, all things considered, and major changes would have to happen for us to move back into a depression. Based on the current political environment, a trade war is the most probable, and it's worth keeping an eye on the economic and trade conflicts between countries. Overall, though, another U.S. depression simply does not appear likely at this time.