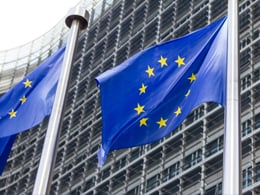 I wrote the other day about the next crisis and why it might well come from Europe. The news from the European Central Bank this morning reinforces my convictions. Although markets seem to be cheering the announcement of more stimulus, to me it looks like one more sign of increasing systemic stress.

What is the ECB doing?

The ECB revealed today that it is decreasing interest rates even further, down from −0.30 percent to −0.40 percent. It’s also stepping up asset purchases by an additional 20 billion euros, from €60 billion to €80 billion. Most interesting, the ECB is now willing to buy corporate bonds, adding an entirely new asset class to its mandate.

Basically, the ECB is doubling down on its policies. The impact on financial assets may be positive. But in the longer run, this is a sign of continued failure.

The ECB has decided that its existing (unprecedented and massive) asset purchases need to be dialed up—by a third, no less. And buying only government bonds isn’t enough, so now it’s buying private bonds. The ECB is initiating one more round of shock and awe, attempting to convince markets that it really does have the power to resurrect the eurozone economy with monetary policy alone.

Trouble is, shock and awe has diminishing returns. As each round of massive stimulus fails to work, expectations for the next diminish. Central banks are hitting their limits; in fact, they’ve probably already hit them. The ECB is signaling that existing policy hasn’t solved the problem, and there’s no reason to believe that more of the same will do so. This is a scary prospect.

Comparing the ECB’s move with U.S. stimulus, the Federal Reserve took more aggressive action earlier. Moreover, we have a unitary fiscal structure, with prosperous areas supporting less prosperous areas—which is not the case in Europe, as the Greeks can tell you. The biggest difference, however, is employment. In the U.S., it’s easier to hire and fire, so job growth has come back strongly, something Europe has not seen.

To pull off a sustainable recovery, like the one we’ve seen here, the ECB needs to step up. Done. The next steps—strong governments supporting weak ones and stronger employment growth—are far more challenging. The reasons they aren't being taken are fundamental, related to European policy, and not likely to change.

On a big-picture level, what has to happen for a sustainable recovery in Europe simply doesn’t look politically possible. To its credit, the ECB gets that and is doing everything it can with monetary policy. Unfortunately, what it can do is not enough.

Today’s policy announcement, with its expansion of stimulus, is an implicit recognition of that fact. Despite the positive market reaction, I suspect this is one more reason that the next economic crisis will originate in Europe.