Where Will Economic Growth Come From? 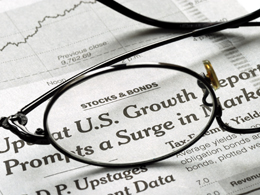 I wrote yesterday that economic growth has historically been significantly affected by the growth of the population, and how that offers some (but not a lot) of encouragement over the next 10 years. It will help, but not as much as we need.

Another way to look at recent economic growth is to consider where that growth came from, and to see whether those trends offer any prescriptions for how we can accelerate the economy. 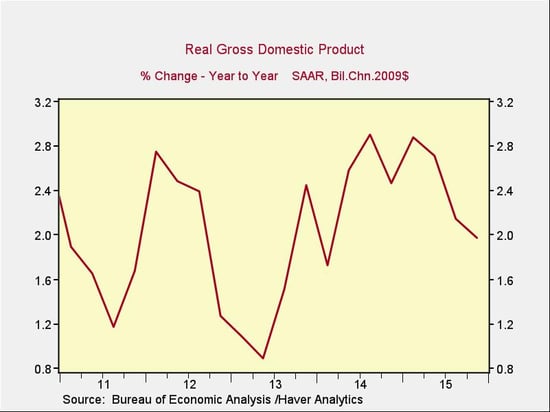 You can see a recovery in growth from 2013 through 2015, followed by a drop over the past couple of quarters.  The question we face today, really, is why that drop happened, and whether that weakness will continue.

Three key components of the economy

Let’s look at the components of the economy to get some ideas about that.

The economy is often expressed as the equation GDP = C + I + G + (X − I), with C being consumer spending, I being business spending and investment, G being government spending, and (X − I) being exports less imports. Of these, C is the biggest, at about 68 percent, and business investment and government spending are both around 17 percent. The mathematically inclined will note that this adds up to more than 100 percent, and indeed, net exports (X − I) are less than zero, with more imports than exports.

The big three are consumer spending, business, and government, which is what we will consider here.

Consumer spending. Let’s look at consumption first, breaking it down into its components to get a deeper look at what might be constraining growth. This slightly complicated chart shows how much private consumption, as well as the components of goods and services, actually contributed to total economic growth over time. 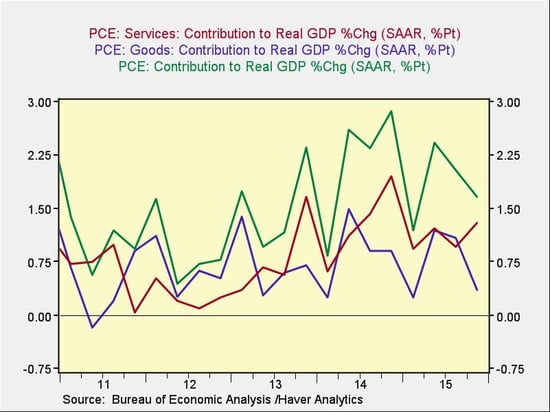 You can see that the green line (total consumption) has been increasing, which is good, but it has pulled back over the past year or so, just like growth as a whole. You can also see that services have been increasing, despite a recent pullback, but goods have not. The challenges for consumption growth, then, are whether services growth will pick back up, and why it is that goods sales are not increasing.

For the first question, note that services growth accelerated, then dropped back with the recent slowdown. As it recovers, which it is already doing and which improving consumer confidence figures suggest should continue, faster growth should be quite possible. As previous trends resume, which appears likely, this component could add another 0.50 percent to 0.75 percent to the overall economic growth rate. This is the good news.

As far as goods go, however, the answer ties closely into price changes in imports rather than actual quantity demanded, which is based on the way GDP is measured. Services involve labor costs, usually domestic, so they are affected by U.S. economic conditions. Goods, on the other hand, have a strong import component, using foreign labor, so their prices have not been increasing—and this is constraining sales and GDP growth. With continued weakness abroad, it is unlikely we will see this accelerate meaningfully in the near future, so this component of consumption probably won't add more to economic growth than it has been.

Business and government spending. We can do similar analyses here. For business spending, per the chart below, we can see that growth dropped off over the past several quarters.

Here, the reasons are that the drop in the oil price hurt capital investment in the energy sector, and the strong dollar also hurt the manufacturing sector. With the average contribution to GDP growth around 1 percent or so during this recovery, even returning to that level would be meaningful. And, with the dollar trending down and oil up, that looks very likely to happen, as the decline has already stabilized and there are signs in business surveys of a recovery.

That's the good news. Government, on the other hand, has moved from being a drag on growth to a neutral factor, and that seems unlikely to change.

Overall, and unlike the demographic analysis, the news based on these components of economic growth is more cheerful. Personal services consumption is likely to add meaningfully more to growth once the slowdown passes, which it seems to be doing. Ditto for business investment.

Overall, although current growth trends are disappointing, they were moving in the right direction until the recent slowdown—and they are likely to continue that movement in the near future.