What the Heck Is Going On in the Markets? 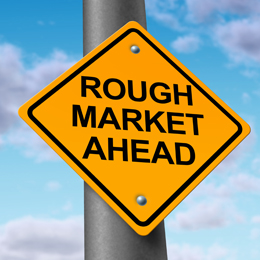 When I woke up this morning, I checked the markets as I usually do, and my first thought was—paraphrased—what the heck? What happened last night to drive Asian and particularly European markets down that hard?

In fact, not much. A couple of European banks disappointed in their earnings reports. That, combined with a general impression that Janet Yellen is much less confident about the global economy than she was last December, seems to have done the trick.

This type of movement is characteristic of markets that have lost confidence. As I’ve written before, the pullback we’re seeing in the U.S. is driven by exactly that. Although unsettling in its apparent randomness, this can (and historically has) reversed once the mood changes. Unlike a pullback driven by economic fundamentals, a confidence-driven pullback typically recovers relatively quickly—on average, in less than a year compared with over two years.

Although the Chinese market declines and devaluations rattled the markets, starting the process, their impact faded once a line between those events and a systemic problem failed to appear. The next wave of problems is now hitting, with one in particular looking to be material: the deteriorating state of the European banking system. There are real reasons to be worried here, and this is driving the most recent stage of the pullback.

Still, the current situation looks more like 2011 than 2008. If you remember, an emerging European financial collapse, led by Greece, took the U.S. markets down by 19 percent or so. The European banking system threatened to collapse under the weight of bad sovereign debt, much like today. Worries about China’s growth were not as large, but they were there. The situation is pretty similar, at a high level.

This time, however, we have much healthier economies around the world. We have more stimulative central banks. We have much lower oil prices, which are supporting higher growth levels. We have a much stronger U.S. financial system. Not least, we have an awareness of the potential problem.

The bus that runs you over is the one you’re not looking for. Everyone is now looking at the Eurobus.

Frankly, I'm almost surprised the market damage isn't worse, because there’s another big headwind that was not in place in 2011: the liquidation of investments by the sovereign wealth funds. The Daily Telegraph reports that Saudi Arabia sold $23 billion of overseas securities in December alone. Fitch Ratings expects Abu Dhabi to sell $27 billion this year. Even the Norwegians began selling last October.

A solid economic foundation to weather the storm

Given the very real challenges around the world, we can probably expect more damage to the markets. What we likely won’t see is continued economic damage or a U.S. economic crisis. The very factors that are battering the markets are, in large part, positive for the real economy.

In 2008, the real economy was broken, with consumers borrowing money they did not have to buy assets they could not afford at prices that made no sense. Today, we have jobs, savings, and rational prices in the real economy. A downward adjustment in financial values won’t change that, and that same solid foundation will eventually allow the market to recover as well.