Three Steps and a Stumble 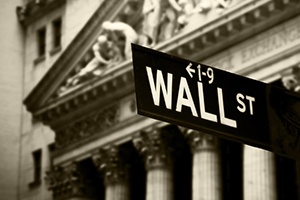 St. Patrick’s Day, at least here in the U.S., is all about the wearing of the green. Everyone is Irish today, the green beer flows, and we have a great time—until waking up the next day with a hangover. Living in Boston, with the surname McMillan, I certainly get it.

On St. Paddy’s Day, market not feeling as festive

The stock market has been decked out in green (of the cash variety) for a while now, but could it be heading for a hangover as well? The Federal Reserve’s rate hike decision and less-hawkish-than-expected commentary didn’t seem to faze it. But over the past couple of weeks, equity markets have drifted somewhat lower, and that trend seems to be continuing. Will it get worse?

One reason for thinking so is the Wall Street saying “three steps and a stumble,” which refers to the market’s tendency to pull back after three Fed rate hikes. We just had the third, so the current drift downward seems consistent with the saying, as would a further decline.

As far as market pullbacks go, we will almost certainly see one this year, and maybe in a big way. But I’m not at all certain it will be now, or because of the Fed. Historically, the three steps have come in fairly rapid succession. Given that the first hike was more than a year ago, followed by two in recent months, we may be on the second step here, not the third. It’s possible the pullback will happen on the next raise instead of this one.

Could this be the stumble?

Or perhaps we’re seeing the three-step stumble now, and it’s just quite small. Given that the latest rate increase was well telegraphed by the Fed and fully priced in by the markets, any reaction should have been priced in as well. In fact, this could explain the drift downward over the past couple of weeks.

It also makes sense based on the market’s recent behavior. Shocks that would have rocked it in previous years have only generated yawns. A small stumble rather than a large one is very much in keeping with the general trend. Since the election, the market has been trading primarily on sentiment and confidence, rather than fundamentals, with sharp increases in confidence and expectations driving substantial gains. In such an environment, we can expect fundamental changes, like interest rate increases, to have less of an effect.

Market likely to be up and running again soon

All of these factors suggest that any stumble may not get much worse than what we’ve already seen, mild as it is. And once that “stumble” has run its course, market appreciation could well resume.

After all, the real message of the Fed’s rate increases is that the economy is growing solidly and sustainably. The Fed judges the risks to be lower on the downside than the upside, and it is moving to contain those upside risks. When the economy is growing, people are confident, and even the Fed is on board, that has historically been good for markets.

I’d call this more of a stubbed toe than a stumble, but it may be as bad as it gets, at least for a while. A number of potential problems could pull the market back, but this doesn’t appear to be one of them. I'll be keeping an eye out for the next rate increase, but at the moment, markets seem to be in the clear.