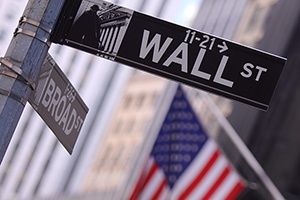 With the Dow cracking 21,000 yesterday, just over a month after breaking 20,000—and other indices setting records as well—there are a few questions we need to ask.

Given the market’s strong performance since the election—and the tendency of markets to keep going in one direction (until they don’t)—I expect that the rally is likely to continue. A couple of key factors support that idea. 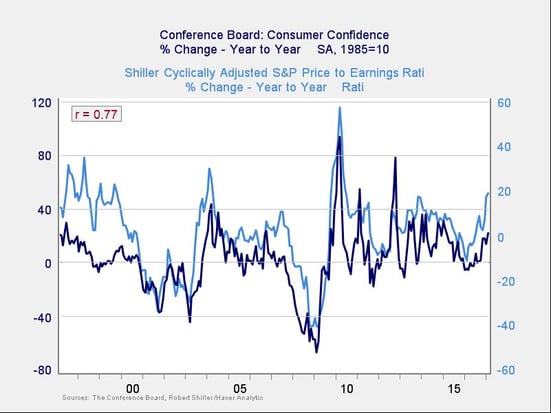 Improving fundamentals drive more expensive stock markets. Here again, we can see a strong correlation between growth in earnings and the stock market. Considering recent earnings growth, which is expected to accelerate, more appreciation in the stock market is not only possible but reasonable. 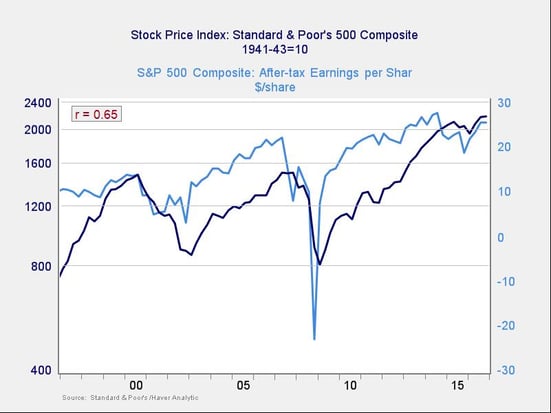 Where is the next ceiling?

If we can expect the rally to continue for at least a while, how far can it go?

There are two primary ways to evaluate upside limitations. Looking at previous highs, which often act as a ceiling, simply doesn’t apply, as indices are already at all-time highs. In other words, from a technical perspective, there is no ceiling above us. Since we’re in uncharted waters, the second way to evaluate the situation is to look at history.

Here, we run into the challenge of deciding how to measure the market. The typical method is to use price to earnings, or P/E, ratios as a gauge. Shorter-term P/Es, based on one year of earnings, typically either overshoot or undershoot depending on whether the year in question is a bad one or a good one. Forward P/Es, which are based on the next year’s earnings, have that problem, as well as the issue that estimated earnings are just that (not real data).

I prefer to look at the cyclically adjusted P/E ratio, known as the Shiller P/E after the economist who popularized it, which uses average earnings over the past ten years. The idea is that a ten-year period captures both good and bad times and, as an average, is a much better indicator of how the next ten years might look. No measure is flawless, but in my judgment, this is one of the best for our purposes.

When we look at the Shiller P/E for the S&P 500, we see a couple of things. First—and unlike the indices themselves—it is not at all-time highs. That gives us a measure we can use to help determine an upward limit. 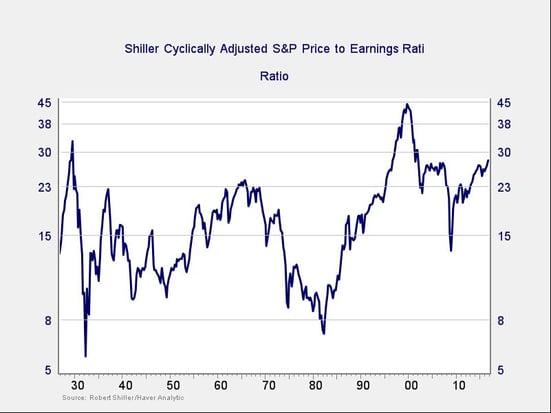 Very high valuation levels have historically led to high risk levels once the exuberance subsides. In a recent post, I wrote about the returns we can expect in the next few years, noting that high prices tend to mean lower future returns. The more prices rise, the worse future returns can be. This is why the 1929 and 1999 comparisons are concerning. In those cases, we definitely saw lower future returns after the run-up, and the future might well be the same from here.

In the short run, there’s no reason markets can’t keep going, and we should enjoy the ride. It may end up being even better than we now think. The faster and higher we go, however, the more damaging any pullback could be. Keep that in mind as you celebrate the new records.