The U.S. Economy: 3 Reasons for Optimism

Both Greece and yesterday’s Federal Reserve meeting are in the news today, but nothing particularly new or significant is happening in either case. The Fed will or won’t raise rates in September, and Greece will or won’t default at the end of the month. There’s not much else to discuss right now.

Instead, let’s raise our eyes a bit and look at the big picture. The ongoing narrative about the U.S. economy is that it continues to struggle, and the future is uncertain. I’m becoming increasingly dissatisfied with that view, as it doesn’t capture the good news and trends we’re now seeing.

Let’s go ahead and imagine a brighter future—do a premortem, if you will—focusing on three trends that suggest things could get much, much better in the next 12 to 18 months.

The U.S. is now creating jobs at a faster pace than at any time in the 2000s and consistent with the mid- to-late 1990s. In terms of job creation, we’re already in a boom. 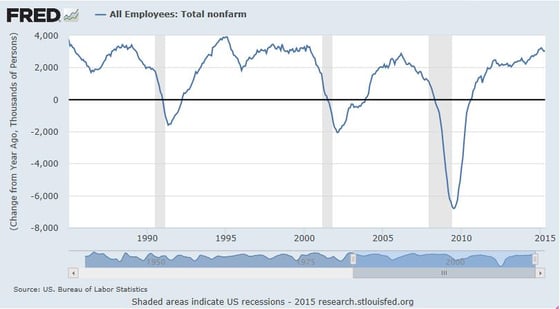 The question is whether it’s sustainable, and all of the signs suggest that it is. High job-creation levels pave the way for faster economic growth across the board. Ongoing boom times in job growth should create a boom in the rest of the economy. And note that this job creation isn’t hypothetical; it is here right now.

2. Wages are on the right track.

With jobs growing this quickly, you’d expect wages to be rising as well, but that is something we haven’t yet seen—or have we? 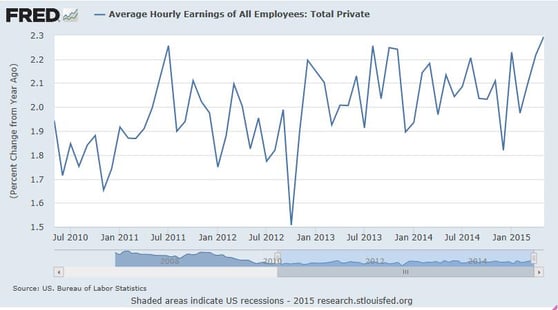 The most recent numbers have wage growth rising to a five-year high. It’s still not where it should be, of course, but the trend since 2013 is in the right direction. For a variety of reasons, wage growth acceleration in the near future is very reasonable to anticipate.

3. Economic growth is making a comeback.

Unlike jobs, economic growth certainly isn’t experiencing a boom, but it’s moving in the right direction. Growth is approaching 3 percent, below the 4-percent level that would signal a boom, but it has increased from around 1 percent since 2011. Simple extrapolation suggests that, in the next three years or so, we could be back to boom levels. 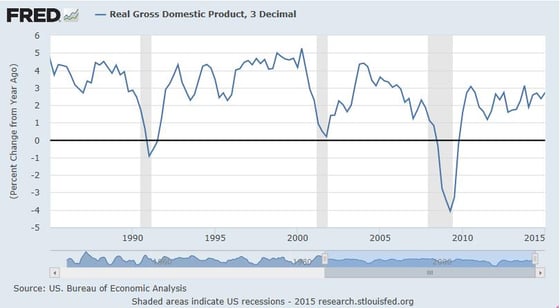 In fact, it might even be sooner than that. The economy has suffered over the past two years from bad weather, cuts in government spending, and a still-bleeding housing and employment market. With wage growth rising, the housing market largely normalized, and younger people getting jobs and moving out, we can certainly expect faster growth.

Many other metrics we could look at would give us similar results. My monthly economic update continues to show green lights across the board, suggesting growth is likely to continue and accelerate. This is a widespread phenomenon, but one that’s not yet fully appreciated.

Is a coming boom a certainty? Of course not, and yet the odds have shifted, in my opinion, to make a boom much more likely than doom. The negatives may still dominate the headlines, but we should now be planning for the problems of success, which are the best kind of problems to have.