Once again, it’s time for our monthly update on risk factors that have proven to be good indicators of economic trouble ahead. As expected, the data we look at here hasn’t changed much from last month—it remains positive in almost all areas and has continued to improve in many cases—but it’s still important to keep an eye on things.

As we move into the summer, though, the economic forecast remains bright, despite weakness in the first quarter. 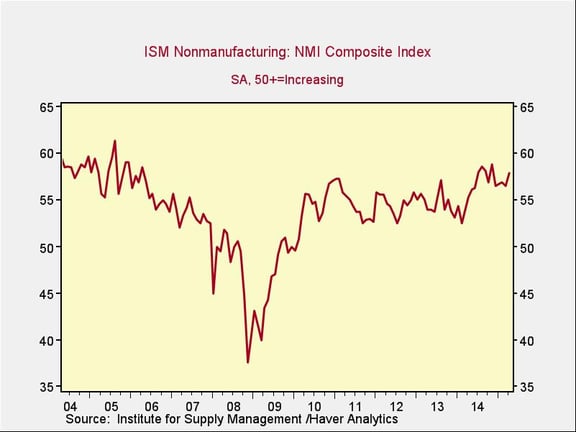 In May, this stat bounced back after a couple of weak months, returning close to its highest level since before the financial crisis. Continued strength in the service sector is consistent with business confidence; as a representative sample of the largest sector of business, this is an important leading indicator. 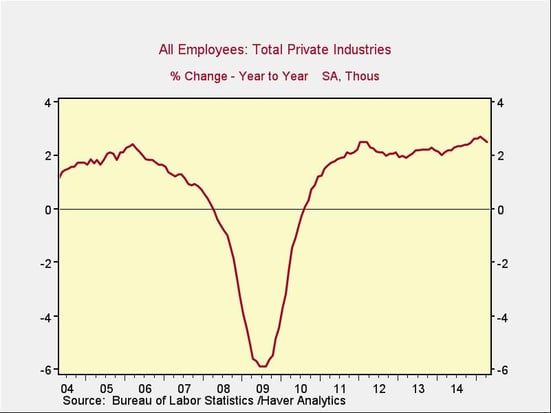 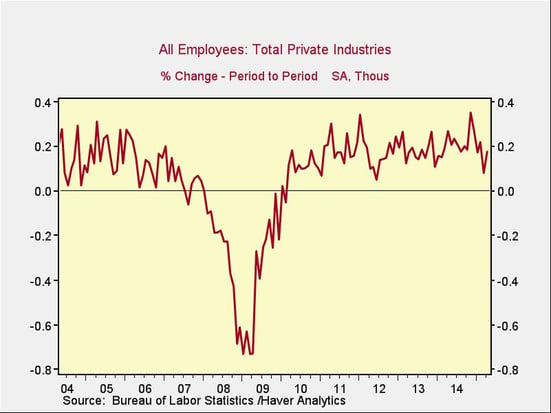 These are the same numbers as in the previous chart, but on a month-to-month basis, which can provide a better short-term signal. Despite weak March numbers, the April report was much better, and employment remains at a growth level consistent with the mid-2000s. Total employment growth continues to be healthy. 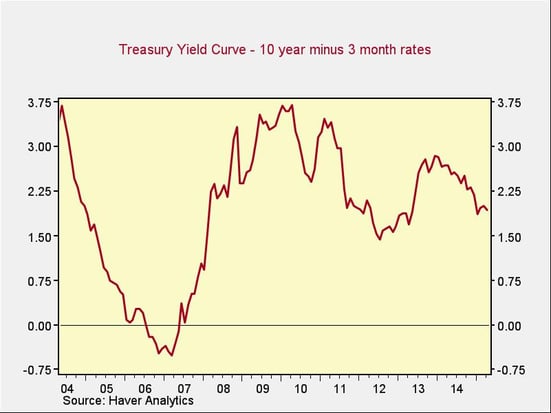 Rates for the 10-year Treasury bounced around but ended the month about where they started, and 3-month rates also remained relatively stable, keeping the yield curve at healthy levels for future growth. This metric has not changed despite the prospect of interest rate increases, which seems due at least in part to demand from international buyers. 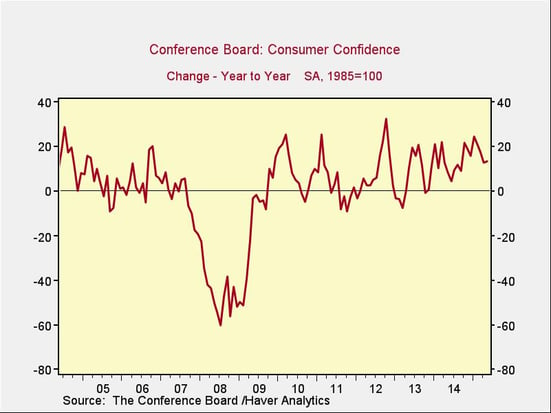 Consumer confidence increased slightly after a decline in March, and it remains at one of the highest points since the financial crisis, well above levels of a year ago.

All of the major indicators continue to be positive. Despite the widely reported small decline in GDP in the first quarter and signs of weaker-than-expected growth, the economy seems poised to continue on its positive trajectory. 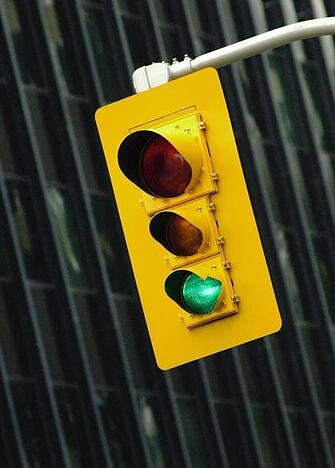