The Short-Term Effects of the Government Shutdown 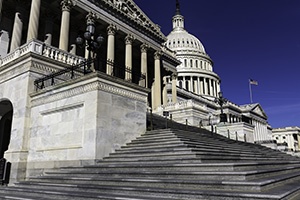 I wrote about the big-picture effects of the government shutdown the other day, which are likely to be longer term. As it continues, though, the shorter-term effects continue to pile up. As such, it is time to take a look at what the shutdown means now and over the next month or so.

Slower economic growth. Let’s start with the direct costs. It’s not just the missed paychecks of the 800,000 federal workers, although the economic impact from that is substantial. It’s also the effect on the workers who are government contractors, who are getting hit even harder than the federal employees. According to Capital Economics, about 4 million private-sector jobs depend on the federal government, and the knock-on effects there could double the total economic costs. This direct economic damage is estimated at around 0.50 percent so far, which is material in an economy expected to grow around 2.5 percent in the first quarter. Slower growth is an inevitable result of the slowdown. Some damage has already been done, and we can expect more as long as the impasse continues.

Economic damage. SNAP (Supplemental Nutrition Assistant Program) has run out of funding. Apart from the human toll, which could be significant, this would also ratchet up the economic damage. Further, the IRS is struggling to find a way to pay tax refunds, which are usually about 11 percent of GDP (per Capital Economics). If those payments, which are usually spent immediately, were to be delayed, the economic damage would be substantial. In other words, although the financial damage so far is modest, it could get considerably worse quite soon.

Consumer confidence. But the financial damage could end up being the least of the problems the shutdown is creating, as much of it would be reversed when the government reopened. The more lasting damage could come from the long-term negative effects on confidence, especially among consumers. The University of Michigan consumer confidence index came in this morning with a substantial drop, down to a more than two-year low. We already saw a sharp drop in future expectations from the Conference Board survey. The University of Michigan results confirm those expectations, along with a sharp drop in current confidence. Clearly, the shutdown is having a material effect on consumer confidence. As we know, a sharp drop in confidence is a key indicator of future recession risk. If this drop persists or gets worse, the risk of a deeper economic slowdown gets substantially higher.

Business confidence. Business confidence may also be at risk, although here we don’t yet have the same direct evidence. The mounting problems created for business—from the TSA delays at airports to the more serious delays of loans and other deals that run through various government agencies—are likely to show up over time. We will certainly be looking for that in the next sentiment surveys.

Worker morale. Finally, the morale of government workers—and their willingness and ability to keep working in the shutdown—is almost certain to keep declining as it goes on. Many will choose to leave (likely the best employees), so that too will have a long-term effect.

To sum up, the direct costs so far are real but modest, and the indirect costs are not only mounting but also raising serious risks for the rest of the economy. With the prospect of another crisis pending shortly (i.e., raising the debt ceiling), the political risks and, thus, the economic risks are likely to spike even higher.

Let’s be clear here: the economic fundamentals remain sound. If the shutdown ends soon, the risks will likely subside. The longer it continues, however, the more likely that the political drag will take the economy down. This drag is now the primary risk to both the economy and markets, and it needs to be watched carefully.