Reflections from the Massachusetts Conference for Women 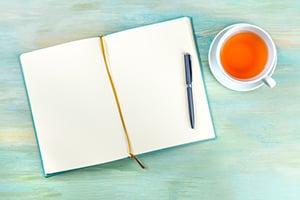 For the third year in a row, Commonwealth sponsored the Massachusetts Conference for Women. Since 2005, this annual conference has been providing connection, motivation, inspiration, networking opportunities, and skills-building workshops for thousands of women. As we did in 2020 and 2019, my colleague Giovanna Zaffina and I are sharing our experiences and thoughts.

This year’s resonant theme, “Forward, Stronger, Together,” is a testament to the time we live in. For the second year in a row, the conference was held virtually. Nevertheless, the beauty of today’s technology allows us to connect with amazing women and men from around the country and beyond, all from the comfort of our homes. The remarkable speakers have broken barriers, overcome challenges, and inspired millions. Below are nuggets of wisdom we took away from some of the conference’s many sessions. We hope you’ll find them inspirational.

With more than 28 million Facebook followers, Jay Shetty has clearly touched the lives of millions. A former monk, he is now an entrepreneur who brings timeless wisdom to a modern world. He gave the audience practical tips on how to rediscover the joy of living, something we all need after nearly 22 months of a global upheaval that has thrown us into isolation and ravaged our well-planned lives. According to Shetty, the simplest way of rediscovering joy can be loosening our grip and letting go, rather than holding on too tight to things. For instance, when we let go of perceived or projected expectation, we make space for a new possibility.

Shetty shared four simple habits for rediscovering joy in our everyday lives: thankfulness, inspiration, meditation, and exercise. He believes when we are having a thankful thought, we cannot have a negative thought. According to Shetty, 80 percent of our 60,000 to 80,000 thoughts a day are negative. We need to break that cycle to find happiness in life. A lot of us wake up every day to the four Ns: news, negativity, noise, and notifications. That leads to being out-of-sorts for the rest of the day. But starting our day with inspiration, such as a song, quote, story, or speech, sets us up for success.

Meditation brings joy because it helps us to communicate and be present and check in with ourselves. Exercise creates joy because it releases the right chemicals into our bodies. The best way to exercise is to set a time, make a plan, and keep it simple. Most important, start by bringing joy to yourself. This is not selfish, but the only way we can bring joy to others.

In an open letter on Instagram in 2018, Selma Blair let the world know that she was dealing with multiple sclerosis, a condition that affects nearly one million people in America. The universal truth of humanity is that we are searching for ways to end suffering while remaining alive. According to Blair, it is up to each of us to help each other find the access ramps that are all too often hidden from plain view. Blair brought up an important issue she has experienced firsthand—the underdiagnosis of health issues for women and the need to be our own advocates. Blair’s is a poignant story of a lifetime of being misunderstood and the gratitude of finally being seen and understood.

Stacey Abrams made history in 2018, when she became the first Black woman to earn a major-party nomination for governor. By galvanizing voters, she showed the country how to connect activism with outcomes. Abrams has had opportunities to soar in leadership, as well as opportunities to crash and burn. She shared a few lessons from both sets of experiences.

Abrams’s call to action is to embrace your ambitions, befriend your fears, and celebrate your failures. Ambition is a growth opportunity, an acknowledgement that more is possible, and we need to embrace it. When we relegate ourselves to the smallest corners, we accept that we’re not worthy and send the message that others shouldn’t aspire to more. Once we have deconstructed and understood our fear, we know how to navigate it, by circumventing or weaponizing it.

Regina King’s advice to everyone trying to achieve gender equality is that we must first acknowledge that striving for gender parity is needed in all professions. It’s also important to identify our role in changing the social justice landscape. Our individual efforts might feel like a drop in the bucket, but when a drop hits the water, it reverberates and spreads, making us all more powerful collectively.

According to Chloé Zhao, all of us are born with masculine and feminine strengths, and the harmony of the two makes us wholesome. The narratives of the society we live in are heavily skewed toward and celebratory of masculine strengths—action, expansion, winning, and conquering. But, Zhao says, we have started to feel the burden of that imbalance.

Through her movies, Zhao attempts to tells stories of heroes that navigate challenges but also have a safe space to feel vulnerable and access their feminine side. Through this journey, they’re able to find the harmony of yin and yang. No one does a better job than Zhao in integrating and harmonizing women’s many roles, yet her vulnerability when sharing her insights is very touching. To be able to lead and collaborate, she says, you need to ask for and take help from the right people.

Erin Falconer’s call to action is for women to spend time self-auditing—taking the time to reflect. According to Falconer, women tend to do a lot of busy work, so they’re overscheduled and overwhelmed. This kills creativity, energy, and productivity. Being busy doesn’t mean you’re productive, so it’s important not to confuse the two things.

Another topic Falconer raised is that women tend to have fixed goals from their early life. But, she stresses, our goals usually change over time, as we age and gain experience. So, if you’re going through something in your late 30s, you shouldn’t look to your 18-year-old self or daughter for advice. Instead, you should look to someone with relevant experience. Falconer reminds us that life is fluid, so it’s important to take time to reflect on where we are at the current moment.

Luvvie Ajayi Jones talks eloquently about owning up to who you are and fighting your fears in order to live your audacious life. She tells us to embrace fear, because it’s really telling us to do something, dream bigger, and act. She used to be afraid to call herself a writer, even though she had been writing for years. She didn’t think she lived up to the label of writer and was afraid of what it meant. But, as soon as she called herself a writer and embraced the label, her shackles fell and new doors opened.

For Jones, courage isn’t present in the absence of fear. She recognizes that fear isn’t a bad thing. Instead, it’s a choice. She refers to herself as a professional troublemaker and encourages others to do the same. That’s because professional troublemakers are disrupters acting for the greater good. They’re people who wake up wanting to tackle the day. Even when things are difficult, they aren’t willing to do less because they’re afraid. Recognizing that courage and fighting your fears is a choice, they push past their fears. Jones says it’s necessary to continuously work toward fighting our fears; we aren’t born with this ability. So, fight your fears, embrace your courage, and live audaciously.

Bryony Gordon believes that self-reflection can lead us to understand that more than fear holds us back. Mental illness is debilitating, and Bryony Gordon speaks to her truth and her journey through mental illness. She advocates for people suffering from mental illness, saying that, as a society, we need to remove the stigma and know that this disease is treatable. According to Gordon, 40 percent of people suffering from mental illness will have manifested the disease by the age of 14. She knows that if the disease isn’t treated, it can snowball.

When Gordon came out of her mental-health closet, she found that new doors opened. She discovered that talking with your community and exercise can help. Her advice to all is to know that mental illness doesn’t need to be negative, In fact, it could be a superpower. Gordon has been able to help others as she helps herself. Although she still struggles with her condition, she is constantly working toward health and happiness. As advice, she says: Recognize that people with mental illnesses have a natural tendency is to isolate, but don’t do this! Instead, connect with people, even when you don’t want too.

For Gordon, being told to practice meditation or mindfulness is not helpful. She believes that thoughts aren’t necessarily true. So, she says, don’t necessarily believe your thoughts. Instead, look for what’s underneath them. Most important, she believes that all living creatures are a miracle. The universe wants you to be you. Like the Archbishop of Canterbury, Gordon follows the mantra, “Attack the day so it does not attack you.”

Feeling burned-out isn’t a new phenomenon, but this condition been amplified due to the pandemic. Many people attribute their burnout to working too hard or long hours. Dr. Jacinta Jiménez explains that burnout involves many other factors. In her book The Burnout Fix, Jiménez says that preventing burnout requires a feeling of psychology safety. At work, we need to create a safe space where teams and employees believe they can bring their authentic selves to work, their humanness. According to Jiménez, burnout happens when job demands exceed human limits. This gives employees a lack of control over their work and feelings that they don’t belong. This breakdown of community includes lack of acknowledgment and rewards for work, which is an unjust system. In contrast, leaders that understand psychology safety typically have successful teams. Jiménez shared the three tenets of her model for resilient team leadership:

Each of the speakers at the Massachusetts Conference for Women faced tremendous challenges and experienced failures along their journey to success. What sets them apart and makes them embodiments of pioneers is that they did not allow their setbacks to stop them. When these women leaders did not have a seat at the table, they did not just pull up their own folding chairs. Instead, they created a whole new table, a whole new space. Their common messages are: