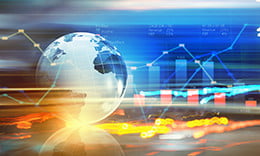 I’m at an investment conference today and tomorrow, so I will just offer some quick thought on several topics that don’t really warrant a full post.

I was interviewed yesterday on TV with another gentleman over whether the market was more likely to go up or down for the remainder of the year. I argued for a continued rise; he took the other side. What was interesting, though, was that I agreed with every single one of the points he made—I just didn’t think they would cause the market drop in the near future. This gets to a key differential when you’re evaluating an investment: Are you buying it because you expect it to keep going up or because you think it is a good value?

Both approaches offer valid insights, but it is important to know which you are using and why.

China has been slowly revising down its growth projections for a variety of reasons, but the one that has not been mentioned directly is demographics. With a shrinking working-age population, growth more or less has to slow. The government implicitly acknowledged this with its decision to drop the one-child policy, but the reality is that it will take 25 years, at best, before those hypothetical extra kids show up for work. Too little, too late.

Another problem that has gotten little attention? The tens of millions of “excess” young men produced by the one-child program. As a former young man myself, I suspect the social outcome of this gender imbalance—which has left millions of men with no prospect of ever having a wife or family—will be, at the least, unpleasant. Demographics is not destiny as far as a country’s future goes, but it certainly is the foundation on which that destiny is built. China has far more challenges than the most comparable country, Japan. While I don’t expect it to collapse, I don’t think we’ll be seeing a Chinese-dominated world 30 years from now either.

The conference I’m attending is actually running for 36 hours straight, shifting from New York to multiple venues around the world. In other words, it takes the idea of globalization quite literally. I first attended last year, and, if anything, the trend toward globalization has gotten stronger.

For example, China continues to dominate international discussion; the IMF has started to weigh in on U.S. economic and monetary decisions; the Middle East has shown up on Europe’s doorstep in person; the list goes on and on. The difference in the discussions at what is a fairly high level of the investment world, even over the past year, is remarkable. This is a trend that actually appears to be accelerating, not fading, even here in the U.S. For investors who pulled back into the U.S. after the crisis, you might want to think again.