Politics as Unusual: Brexit and the U.S. Government Shutdown 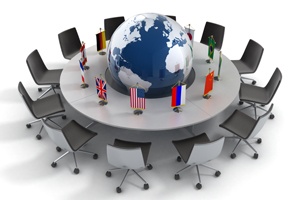 With the failure of the Brexit vote and the ongoing U.S. government shutdown, we find ourselves in a state of politics as unusual. Let’s take a closer look at each to see what I mean.

Yesterday, the Brexit vote failed. As such, we are now in uncharted territory and headed toward a potentially dangerous step—Britain leaving the EU without an agreement in place. This defeat wasn’t really unexpected. But the fact that it was as bad as it was suggests there really is no majority for any particular agreement. It also raises the chances of a hard Brexit, whose aftermath will be difficult to contend with.

What now? There are three potential options going forward. First and most obvious is a hard Brexit, which would resolve the uncertainty but dial up the subsequent risks. It remains the most damaging and risky option, even as it is rapidly becoming one of the most likely. The second option is that Europe could allow Britain to extend the withdrawal period, allowing for continued negotiation both between the U.K. and the EU and internally between the various British factions. Third, the Brits could decide to rerun the referendum on EU membership and elect to remain. Theoretically, there is a fourth option as well, with the British voting to approve the current deal. But yesterday’s historic defeat means that is likely not a real possibility.

The real takeaway. The fact that all three of the real options represent a substantial breakdown of existing political order is the real takeaway from an investment standpoint. The economic impacts will be substantial no matter what comes next. But what makes this important is the political breakdown that has led us to this place. Existing political structures, at both the EU level and the British party level, have simply proved unable to operate. Whatever happens, the political order will remain uncertain. This will be a headwind to confidence going forward.

No end in sight for shutdown

Now let’s turn to the U.S., where we are having our own political breakdown in the form of the record-setting government shutdown. There does not appear to be any prospect of an immediate solution, and the parties are not even talking. In other words, the situation is pretty much what we see in Britain. Although we don’t have a formal drop-dead date, the continued confrontation means that when we do—and one is coming—the prospects are for just as big a mess as we now see in Britain.

The debt ceiling. The drop-dead date for the U.S. will be when the debt ceiling restrictions kick back in. At that point, Congress will be required to either raise the debt ceiling or not. If not, then the Treasury will start on the “usual emergency measures,” buying some more time. But, eventually, the cash will run out and the government will face the prospect of shutting down. It won’t be because politicians can’t agree but because the government has literally run out of money. (That’s a topic for another time, which we will certainly look at when and if it becomes necessary.)

Investors need a foundation of certainty. Politics has, here in the U.S. and the western world, provided that legal and institutional foundation for so long that we take it for granted. When that foundation shakes—which is happening now—the effects on markets are likely to be much larger than the strictly economic effects would warrant. One way to look at that is to imagine what would happen if the U.S. defaulted on its debt payments or on social security payments. That would shake confidence worldwide.