The Brexit Vote: Should We Care? 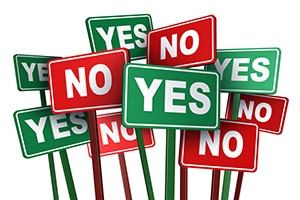 Should we care about the Brexit vote? In a word, yes. What happens in the vote today matters to us as both U.S. citizens and, especially, investors. It will help determine what the future of the world economy looks like, and it could potentially shake up the global financial system.

Let’s take a step back to see where we began. Britain voted to leave the European Union (EU) in June 2016, setting in motion a drawn-out process for negotiating what that exit would look like. The deadline for the exit is March 29, 2019 (73 days from now). All existing trade agreements and many other international agreements now run through the EU. When Britain leaves, they will essentially expire then. Britain will, in many ways, be starting from scratch on March 30.

The fear is that this departure will result in chaos. What rules and regulations will govern trade? How will things be inspected, approved, and taxed? What will be allowed—and what won’t? In the absence of an agreement ahead of time, no one really knows what will happen.

Where we are today

This brings us to today’s Brexit vote, where the government is presenting the negotiated final agreement to Parliament for approval. If Parliament approves, it’s all good. But the problem is that the approval vote is expected to fail, leaving Britain with no guidance for what comes next and the very real prospect of chaos.

It’s hard to come up with a metaphor that works for this situation. A wedding where the bride vetoes the caterer, venue, and everything else at the last minute? The guests are all arriving shortly, and no one has any idea what to do or where to go. That gives us some idea, but the reality could be worse. In fact, British companies are now planning to stockpile foods and medicines to tide the country through the chaos if the current Brexit deal doesn’t pass.

Why it matters for Britain and the EU

That potential chaos is why the Brexit vote matters for Britain. For the EU, the Brexit vote is also important. Britain, despite leaving the EU, will likely still be a major military and trading partner of countries that remain, and chaos there will negatively affect Germany, France, and others directly both economically and geopolitically. You might think that would provide an incentive to make it work, but there is also an opposite incentive to make leaving the EU as hard and damaging as possible—to discourage others. In fact, Europe has been quite tough in the negotiating process for that second reason. The last thing it wants to see is an easy and successful exit that could encourage other countries.

Why it matters for the world

For the wider world—including the U.S.—chaos in Britain would also be economically damaging and geopolitically problematic. Worse, it could end up damaging the global financial system. Per the International Monetary Fund, Britain is the fifth-largest economy in the world, and London is a major financial center. Any damage and uncertainty there will certainly propagate around the world. A hard Brexit, which is the term for an exit without an agreement, will certainly hit growth worldwide and likely hit financial markets even harder. If you remember 2011, where a potential Greek exit shook markets, Brexit could be just as bad or even worse.

The risks are rising

So Brexit is worth paying attention to, even here in the U.S. Putting the fifth-largest economy in the world into chaos matters. Disrupting the trade of a major exporter and importer matters. Taking down a global financial center matters. At an already shaky time for markets, failure in the Brexit vote today would substantially raise the risks going forward.