A couple of months ago, I wrote that the student debt problem isn’t as bad as it looks on the surface. I recently found a more up-to-date take on the subject from the White House, which came to the same conclusion.

The key takeaway from the report is that student loans are good investment decisions, not bad consumption decisions. In other words, by taking on debt for a degree, students are, in general, making an investment that pays off (as opposed to spending on something that will ultimately be worthless, like a car).

The upside of taking on student debt

For the traditional 18–22-year-old student in a full-time program, the reality is much more positive than the default and debt statistics would suggest. As the White House report notes:

The chart below compares debt levels with incomes, showing that a student's decision to take on more debt tends to be justified by higher earnings. (All of the charts used here are from the White House report.) 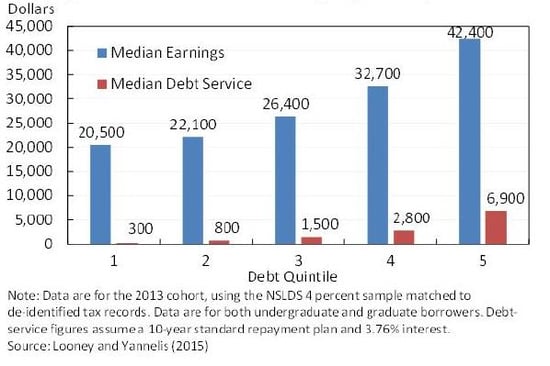 More debt, presumably for more advanced study, does result in higher earnings in aggregate, although the benefit diminishes as the debt level gets higher. Based on this chart, debt does indeed look like an investment, and a good one at that. At the highest debt level, an additional $4,100 in debt service generates an additional $9,700 in income, and the ratios are even better at lower debt levels.

To get a clearer sense of the big-picture effects, though, let’s take a look at some economic comparisons between college grads and those only with a high-school diploma. 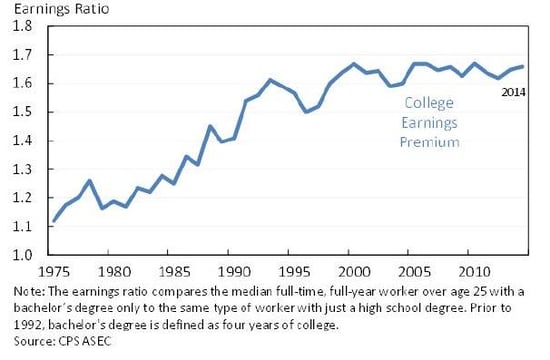 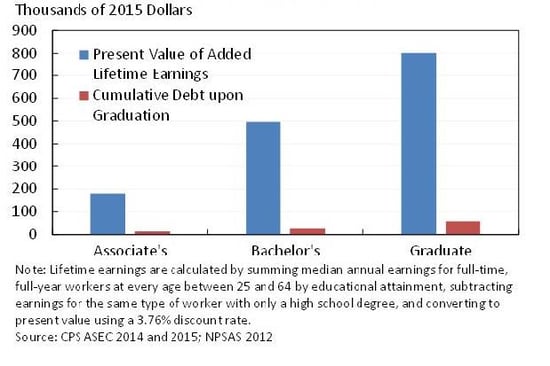 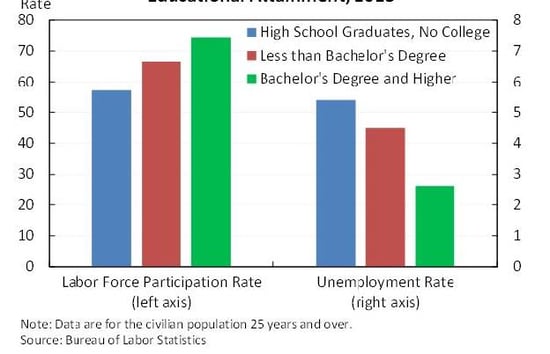 Note that college grads out-earn those with only a high-school diploma by about two-thirds. The value of those excess earnings is about 10 or more times the debt incurred to get the degree. And people with college degrees are more likely to be working and less likely to be unemployed. The benefits of a degree are substantial and extend across the entire economic spectrum.

For many, a smart move

Looking at this data, it’s easy to make a case that rising student loans will ultimately be beneficial to the vast majority of borrowers, as well as to the economy as a whole. Higher capabilities, higher wages, and higher employability should help both the individual students and the country.

As the White House report shows, debt can be beneficial when it's used to invest in the future and drive future earnings. On the whole, student loans fall into that category.