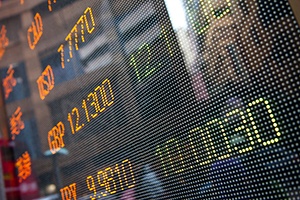 Now that conference season is done, over the next week or so, I plan to share some of the thoughts I have been passing along to Commonwealth’s advisors. I will start today with the title of the presentation I gave at a number of conferences this spring—“1999 v2.0?”—and explain why I chose it.

Looking for similarities between then and now

As I’ve said before, one of the best ways to try to understand the future is to understand the past. And we can do that by looking for similarities between then and now. In late 2016, after the election, there was a tremendous surge of optimism across much of the country, which showed up in sharp increases in consumer and business confidence. The optimism was attributed largely to the belief that, with a unified Republican administration, everything was going to change for the better; conditions going forward were going to improve substantially, despite all of the very real concerns that had come to light during the campaign. In other words, things were going to be very different under the new government, and that warranted much higher confidence and expectations.

I didn’t really see it that way, certainly not from an economic standpoint. The limitations on growth—debt and demographics being two of the biggest—were not affected by the election. And while I did see the potential benefits of a more business-friendly administration and the end of gridlock, I really didn’t think the fundamentals had changed all that much. The prevailing attitude, however, was that they had. Where did that change in attitude come from? It was as if the country as a whole had decided that things were different now than they had been just months, even days, before.

When I got to that phase in my thinking, I immediately flashed back to 1999. Then, of course, the market also believed that, with the New Economy, things were different this time, and the old constraints simply didn’t apply. Sound familiar? The overlap in attitude struck me as substantial, so I decided that it would be useful to take a closer look at 1999 to see whether there were other similarities to today. My research started as an exercise in outside thinking, by using 1999 to get an additional perspective on today, but it became much more.

I will admit the idea had occurred to me before. At the start of 2016, for my previous set of conference speeches, I had concluded that 2016 looked a lot like 1998. If I took that idea seriously—and I did—then treating 2017 like 1999 was a logical follow-up.

The question, really, was how to do a meaningful comparison of the two years. History, we are famously told, does not repeat itself, but it does rhyme. The saying doesn’t tell us how to know when history is rhyming at any given time, though.

That, in fact, is the core of my analysis—and my presentation. How can we tell if history is rhyming this time? How can we decide if 1999 is a good match for today? And, ultimately, what conclusions can we draw—and how much confidence can we have in them—from this analysis?

In many respects, this echoes the development of the market outlook that I discussed yesterday. The problems—and the lessons—are the same. Here, though, we have the additional layer of past data, which both complicates and hopefully enriches the analysis. Based on the feedback I received at the conferences, this is a useful way to look at today, so we’ll be taking it a step at a time here on the blog.