Is China Throwing Out Recession Signals? 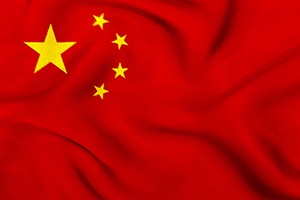 After writing yesterday’s post, it occurred to me that it would make sense to apply the measures I use for the U.S. to other economies where problems could affect us. Interestingly enough, just as I thought that, articles pointed out that one of my key metrics—the yield curve, which represents how much central banks are stimulating an economy—had just flashed a trouble signal in China.

When the yield curve signals trouble

The yield curve is a graph of interest rates for different time periods. Briefly, in a normal economy, long-term rates should be higher than short-term rates. This is because a longer time period is inherently more uncertain, and investors should demand a higher return to compensate for that uncertainty. Sometimes, though, short-term rates rise above longer-term ones, as investors get discouraged about longer-term opportunities at the same time as current troubles rise. This results in what is known as an inversion. As you might imagine, an inverted yield curve is usually a sign of trouble. I pay attention to this metric for just that reason.

Seeing an inverted yield curve in China sent up a red flag. But is that red flag a true signal of trouble, or, as I discussed yesterday, is it only noise?

It’s probably noise. Yields inverted in the 5-year and 10-year time periods. Similar analyses here in the U.S. usually use the 2-year period, or even shorter, for comparison. (I use the 3-month rate.) The difference between 5- and 10-year periods is simply less indicative of trouble than a longer time spread would be. If we compare China’s 10-year rate against a shorter period, we get no inversion. Apples to apples, no signal.

The inversion was also short-lived. Looking this morning, 10-year rates are back above 5-year rates. While a short-term blip is worth noting, any meaningful signal would last more than a couple of hours. An economy is an aircraft carrier, not a speedboat, and short-term blips are almost always noise.

What about other economic signals in China?

When examining how meaningful the yield curve signal is, we also need to consider whether other, unrelated indicators might also be signaling trouble. Applying the rest of my usual economic metrics to China suggests, again, that this one looks like noise.

Consumer confidence, for example, is up significantly in China over the past several years, to very high levels. Here in the U.S., rising consumer confidence is rarely a signal of trouble. Quite the contrary. I would expect the same logic to apply in China, though we don’t have the historical data to draw the same conclusions as we can here in the U.S. Chinese business confidence is also high, consistent with past years.

Job growth, the final and most important indicator, is not as cheerful, however. Although Chinese employment grew throughout 2016, it has slowed substantially and is now barely positive. This would be a significant warning sign here in the U.S., suggesting the economy is about ready to roll over into recession. In China, again, we don’t have the data to support such a conclusion, but I think it would be a reasonable one. So, while China does not appear to be in recession yet, it’s definitely in the red zone according to this signal.

Note how we can take a news story that on its face is scary—the inversion of the Chinese yield curve—and turn it into useful information by applying some analysis. Again, while China is not currently in recession, weakness in job growth is signaling that trouble might be ahead. When could it happen? Given signals for the U.S. economy, I believe the immediate risk will rise substantially if or when consumer and business confidence starts to flag.

If we worry about China—and we should—we now know what to watch. That alone puts us as investors way ahead of those who simply read the headlines.