I’m Not Worried About Taxes (Yet) 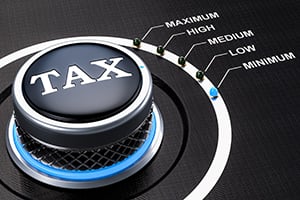 After inflation, which we talked about yesterday, the next biggest set of questions I get focus on what the effect of the new tax law will be and whether the higher tax rates in it will derail both the economic recovery and the market. People generally make a good argument about how it will hurt confidence, take money out of consumer and business spending and investment, and generally take us back to a state of depression. I understand the arguments. But two things are missing that would make them convincing: facts and context.

Facts of the New Tax Bill

Let’s start with the facts about the new tax bill. There aren’t any. We don’t have any new laws. What we do have is a set of proposals that are being workshopped in the Democratic Party in Congress. New stories about the process typically focus on what could happen and what might happen, rather than what is actually happening. Right now, the Democrats are figuring out what they might be able to agree to among themselves.

As we are finding out, that may not be all that much as they are by no means unified on policy. Senators Manchin and Sinema are becoming well-known for holding out against some demands of the Democratic left. Large parts of the House Democratic caucus are less famous but equally unwilling to drag the party too far toward higher taxes. Joe Biden himself is famously much more of a deliberate moderate and institutionalist than anything else. The more extreme wings of both political parties get more headlines than the center, but the center is where policy is and will be made. What will happen—if anything at all—is not likely to look all that different, on balance, than where we are right now.

What About the Context?

Well, let’s take a look at corporate taxes, where current rates are at or close to the lowest ever seen. The Trump tax cuts took the marginal rate down to 21 percent from the 35 percent it had been at since the early 1990s, prior to which it was at more than 45 percent. Would raising the corporate marginal rate hurt? No doubt to some extent, but even the proposals now being discussed (which, as noted, are by no means guaranteed to pass) would leave it well below all prior history before the last administration. I suspect companies could figure it out. Indeed, I have seen estimates of a total hit to earnings of around 5 percent, which would certainly not be the end of the world. Even if we get what the Democrats are talking about, the damage would likely be minor.

And that is even before we consider the positive effects of the higher spending the Democrats are proposing. Yes, higher taxes might hurt the bottom line of companies, but that could easily be largely offset by benefits to the top line as higher spending boosts growth and confidence. Based on the pandemic experience, spending directed to the lowest-earning tranches of the population gets recycled to higher corporate sales and profits. You could argue this is speculative, and it is. But if we are considering the potential negative effects of higher taxes, we need to consider the potential positive effects as well.

Remain Calm and Carry On

Still, none of these effects—positive or negative—is on course at this point. The likely ultimate result will be marginal. For average investors with the bulk of their investments in long-term and tax-deferred holdings, the effects are likely to be even smaller than that.

If taxes are a key part of what makes your strategy work, it does make sense to keep an eye on the process, as something will almost certainly happen. But for most people, it is far too early to start worrying, much less considering changing our investment strategies. Should we pay attention? Yes, and we are. Should we worry? Almost certainly not. And should we make changes? Absolutely not. Not yet, and very likely not at all.