From Super Thursday to Freaky Friday: Why Are Markets Rising? 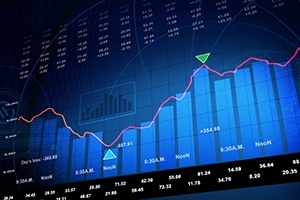 Well that was unusual. After all the concern around yesterday’s events, two of the three turned out to be even more disruptive than expected. The British election resulted in a hung parliament, substantially increasing political uncertainty, and former FBI Director Comey’s testimony was every bit as potentially concerning for the White House as had been anticipated. Yet the markets are up today pretty much across the board. What’s going on?

No real reason for the markets to drop

It’s like I said yesterday—none of these events really affects the economic fundamentals that drive markets, so there is no real reason why markets should have dropped. The reality, as usual, has fallen short of the fear. Fear of the unknown is almost always greater than fear of the known. Now that we know the election results and have heard the testimony, we can deal with it. Selling the rumors, in this case, led to buying the news, as very often happens in the markets. And here we are.

These resolutions, combined with what we already knew about the recent European Central Bank meeting, substantially reduce uncertainty (which markets hate) in the short term. With reduced uncertainty, the underlying conditions (which are actually pretty good) can reassert themselves. We saw much the same reaction after the U.S. election in November. As uncertainty and fear gave way to a focus on improving fundamentals, markets rose.

In fact, looking at the economic and market risk factors, which I update monthly, you could have reasonably expected markets to rebound after some turbulence. The surprise today, to me, is how quickly it has happened—and how broadly. I didn’t expect much in the way of a reaction, but I did expect some, and we are not getting it.

It just goes to show how hard it is to outguess the markets, especially in the short term. So what should we be doing as investors?

Keep an eye on factors that do have predictive power

First, I would argue that we should be focusing on the long term, where we can make some reasonable forecasts. Second, we should be looking at factors that actually do have predictive power.

Which brings us back to a post I wrote several days ago: Is This 1999 v2.0? As an investor, I focus on two things: maximizing returns and minimizing risks. Short-term volatility is noise, but one of the biggest risks to a portfolio—both emotionally and financially—is a bear market. One of the best things we can do for our money is to watch for warning signs of a bear market and then take appropriate action. They have to be real warning signs, however, not the false flags we often watch.

I think the warning signs are there, and although the concern is not immediate, it is real. Next week, I will walk through my 1999 v2.0 argument in more detail. (I meant to do it this week, but, well, it has been busy.) We will look at the warning signs I follow, why I believe they work, and what they tell us about prior bear markets, especially in 1999–2000. Most important, we’ll talk about what it all means for today—and tomorrow.