Farm Living Is the Life for Me: A Turkey’s Story 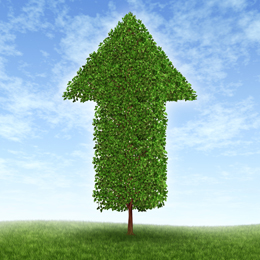 I have shared this story before, but I think it's particularly enlightening at this time of year.

Once upon a time, a little turkey hatched in the cold, cold winter. He lived in a nice warm coop, had lots of corn and seeds to eat, and spent most of his time playing with all of the other little turkeys.

When spring came, he and his friends ran out into the yard and played some more; they used the cow’s tail as a jump rope, ate their corn and seeds, and raced each other back to the shelter of the coop when it rained. The summer was much the same, plus there were nice people who regularly cleaned the coop, refilled the corn and seed stores after the turkeys had devoured the food to the bottom of the troughs, and chased away some sketchy-looking foxes and cats when they got too close.

“How lucky are we?” the turkeys marveled to each other. “This life is the best! We’re fed, we’ve got people looking after us, and all we have to worry about is whose turn it is to sleep in the executive nest tonight.”

Summer cooled down and fall breezed in, but still the turkeys lived the good life. When the weather got cold enough to make the birds’ wingtips numb, the farmer turned on the heat in the coop, so the turkeys always had somewhere to warm up and relax after playing in the yard. Of course, since it was cold, the turkeys went outside less and less, and they slowly got fatter and fatter.

Still, they asked each other, “How lucky are we?” and agreed that they’d take it easy during the winter months so they could play hard again in the spring.

And then came Thanksgiving.

What’s the moral of this story?

You've probably guessed the lesson for investors in the poor turkeys’ fate: When times are good, it's very easy to get too comfortable, but you’ll often be caught off guard when things change.

A large part of my job—and that of my colleagues here at Commonwealth—is to ensure that none of us is caught off guard when it comes to our investments. As you've heard countless times, past performance is no guarantee of future results, and this parable highlights the truth of that maxim. Although we all want to be happy and comfortable, it’s important to stay engaged with our portfolios and the markets, so we’re better able to see the farmer sharpening his axe and know whether it’s time to get out of the coop or hunker down and hide in the hay.

Still, we have much to be thankful for and plenty of reasons to count our blessings this season. I hope you had a happy Thanksgiving!