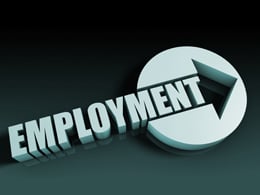 The big news of the week will be the employment report for July, set for release tomorrow. U.S. consumers remain confident and business remains in the dumps, so the future really depends on whether consumers continue to feel good and whether businesses manage to expand.

On the heels of the weak GDP growth number, which created doubt in many people's minds, the jobs report will give us some insight into both of those key questions.

Why jobs are king 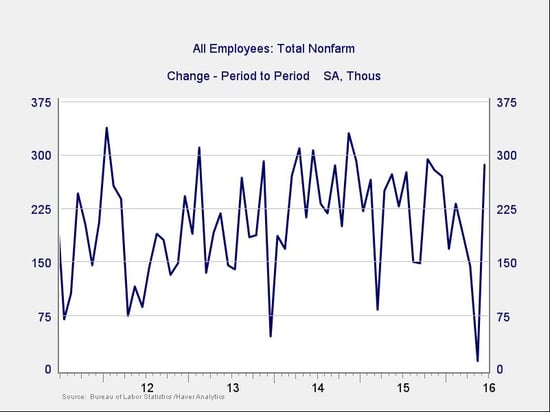 More worrying is job creation over the past 12 months. Here, we see a drop from 3.2 million to 2.5 million, a level last witnessed in early 2014. At the same time, it’s still in the upper half of the job-creation levels of the past five years, and the bounce at the end is a good sign. 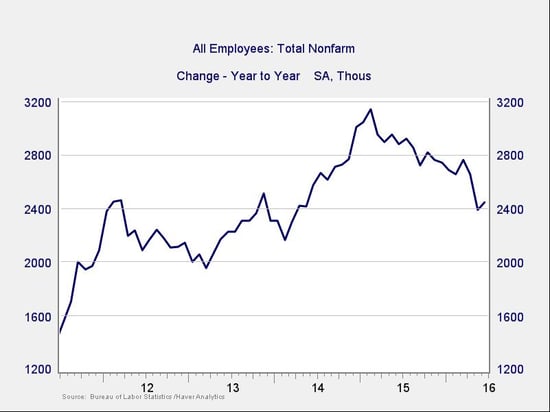 Looking ahead to tomorrow’s jobs report, expectations are for a monthly increase of around 180,000 jobs. That would mean 2.35 million jobs had been created over the past 12 months, coming in below the average of 204,000. Even meeting expectations would be a downshift from the past year.

With unemployment declining, and fewer available workers for each available job, you would expect job growth to lag. Normally, when job growth slows it’s because employers don’t want to hire. This time, it may be because they can’t find enough of the right people to hire—i.e., shortage of supply, not shortage of demand. (See my recent post on oil prices and interest rates.)

We could go back and forth about the unemployment rate and participation rate, to no conclusion, so let’s take a different approach. First, we'll look at the number of unemployed people divided by the number of jobs available. 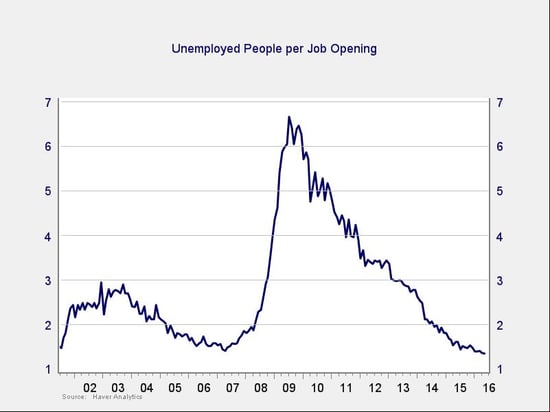 You can see that there are now fewer people available for each open job than since the peak of the dot-com boom. For employers who want to hire (and there are lots, since job openings are close to all-time highs), there’s simply a shortage of available workers.

Meanwhile, employers are holding on to the people they have. Initial claims for unemployment insurance have been below 300,000 for years, which has now come to seem normal. But before that, we'd seen claims at that level only twice before, in 2000 and 2005, and never for such an extended period. Also, if you adjust for a larger labor force, which logically should mean more layoffs, we’ve stabilized well below any level we’ve ever seen before, as you can see in the next chart. 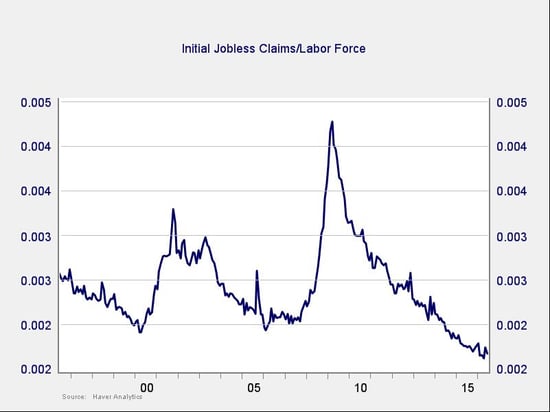 All in all, expectations seem reasonable

All of this provides context for tomorrow’s jobs report. Although job growth has slowed this year, it’s actually reasonable given the decline in available workers. And although there are concerns about the volatility of recent job growth, we’ve seen that before in this recovery, and job growth bounced back quickly even though conditions were worse than they are now.

The real question is whether the job creation number will come in below expectations. It certainly might, as we saw two months ago. Overall, though, the data supports continued employment growth of at least around the level of expectations, at 180,000. There are no real signs of weakness that might pull that number down, and growth at that level still seems sustainable. Expectations appear to be reasonable and perhaps even a bit low.