The economic data released last month was mixed, with improvements in service sector confidence offset by declining consumer sentiment. Job creation was also mixed, as the pace of new job growth continues to be below that of 2018. The yield curve remained inverted, with a notable decline in long-term yields during the month. Although we are not yet at immediate risk levels, there are certain areas of the economy that should be watched closely going forward.

This survey of confidence for the service sector of the economy rebounded last month following two months of declines. This was a better-than-expected result, as economists had forecast a much smaller gain in August. It helped calm fears of a slowdown in the service sector, as any value greater than 50 indicates expansion. Despite the recent uptick in confidence, this indicator remains below highs seen in 2018 and is still a yellow light for now. 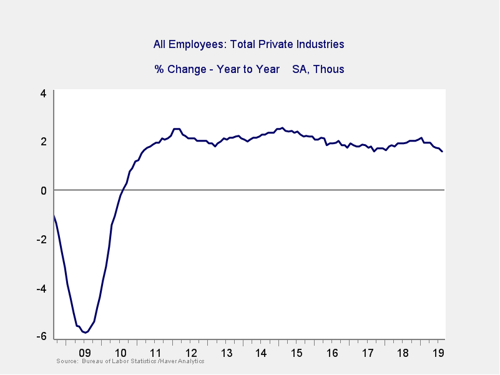 August was a mixed month for new jobs. Only 130,000 were added, which was below expectations for 160,000. The underlying data came in better than expected, however. Wages grew faster than anticipated, and unemployment remained flat at 3.7 percent, despite an uptick in the labor force participation rate. With that being said, the job growth rate is clearly trending down on a year-over-year basis. Although we are not currently at risk levels, the slowdown in year-over-year growth should be monitored. For now, we’ll keep this indicator as a green light. 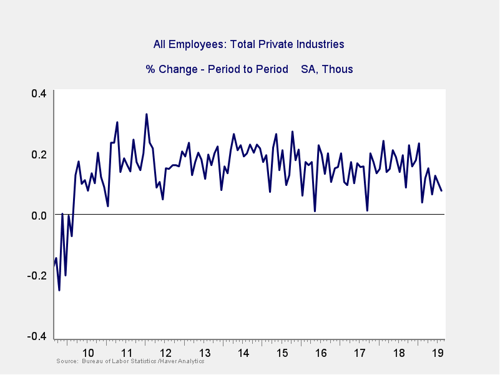 With August’s uninspiring headline jobs figure, the monthly job creation rate remains below levels seen in 2018. Combined with the slowing in the year-over-year figures, this decline in the average monthly growth indicates that the overall pace of job growth is slowing. Due to this slowdown, this indicator remains at a yellow light. 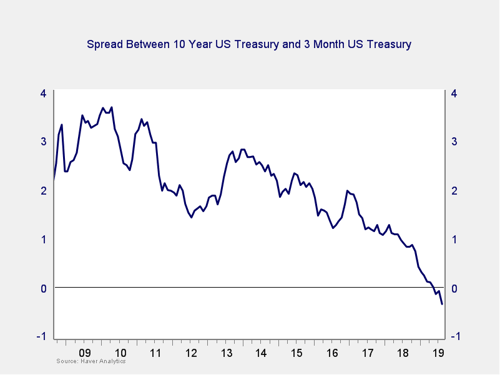 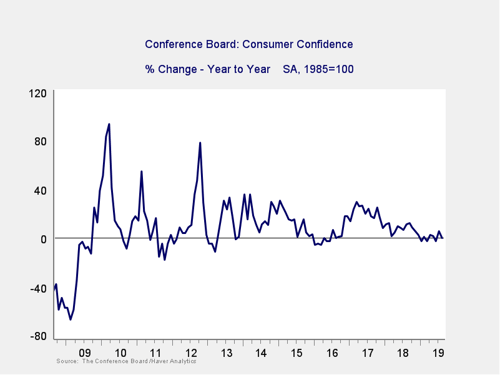 Consumer confidence fell slightly in August, as equity volatility and escalating trade war concerns weighed on consumers. On an absolute level, consumer confidence remains near post-recession highs. But on a year-over-year basis, confidence growth is still lagging behind the pace we’ve seen over the past few years. As such, this indicator remains a yellow light.

All things considered, this was a month that saw risks gradually increasing across a number of important areas of the economy. The decline in consumer confidence and slowdown in job creation indicate the economy is not immune to the effect of slowing global trade. Although the jump in service sector confidence was a welcome surprise, now we’ll have to wait and see if business owners will be able to translate higher confidence levels into more spending.

Although a continued slowdown remains the most likely case based on the data, a slowdown is not a recession—we likely still have several quarters to go there. Nonetheless, the bulk of the data indicates the risks of a worsening slowdown remain material (again, not yet as the base case). As such, we are leaving the overall risk level at a yellow light for the economy as a whole for September.