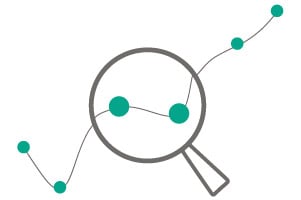 The reports released in September showed continued economic growth during the month. More jobs than expected were added, which was an encouraging sign that the labor market remains strong. Consumer confidence also improved, which could be a good sign for future economic growth.

Despite the continued growth, high inflation levels, the Fed’s plans for tighter monetary policy, and the uncertainty caused by geopolitical and health risks remain. We have left the overall risk level at a yellow light for now.

View a breakdown of the risks we’re watching in this SlideShare.