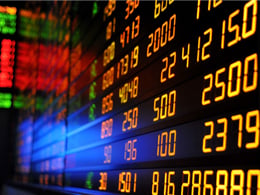 It was less than two months ago—58 days to be exact—that I last wrote about stock market records. At that point, I noted that the market was at record highs, with the Dow Jones Industrial Average having crossed 19,000 and the S&P 500 above 2,200. And here we are again, with the Dow over 20,000 and the S&P over 2,300. Has anything changed?

From a long-term perspective, not really. The points in my last post still stand. In some ways, Dow 20K is just one more number—and a spurious one at that, given the way the index is calculated.

At the same time, there’s a little more to it. Fifty is just an age, but it’s also a meaningful benchmark in a person’s life, often prompting some reflection and even behavioral changes, good or bad. Dow 20K is similar, and we may already be seeing some changes play out in the market as I write this.

When a market ceiling becomes a floor

Let’s start with the well-known ceiling/floor effect. Big, round numbers often act as a ceiling for prices, with stocks and indices tending to pull back as they approach it. Looking at past history, you can see how Dow 1K acted as a ceiling for years in the 1970s. In the late 1990s and early 2000s, the index bounced around 10K for years as well, topping out just below 12K and bouncing off 8K. Big, round numbers do seem to have a certain influence on the way the market works.

The good news is, a move through these ceilings often heralds more gains ahead. When the market broke through Dow 10K in 1999, it continued to rise and stayed there for years, until 2001. When it finally broke through again, in late 2003, it continued to rise through 2007. A convincing break through Dow 20K could well herald further gains. And in my opinion, it’s likely to, as improving fundamentals and confidence typically drive the market higher.

There's also good news in the medium term: just as big, round numbers act as ceilings going up, they can also act as floors on the way down, providing support. Breaking through Dow 20K may have moved us into a higher valuation range more or less permanently.

And now for the less-encouraging part . . . Because of the resistance that a big, round ceiling provides, it takes a lot of energy for markets to push beyond  it. That energy can and does carry markets higher in the short term, but when it starts to subside, gains can disappear quickly. The Dow first cracked 10K in 1999 but didn’t move above 12K until 2006, seven years later. Even as we break into a new range, future gains can be substantially constrained.

One way to look at this is to compare stock valuation levels, by way of the price/earnings ratio, with prior big, round breakpoints. The Dow cracked 10K when multiples were high, and it is doing the same now with Dow 20K. Taking it one step further, you can look at valuation levels against consumer confidence and see the same correlation. Confidence was very high in the late 1990s, and we now have confidence levels higher than we have seen since then. Small wonder the market is hitting new highs, and we can expect that to continue until confidence starts to decline.

Bottom line: enjoy it while it lasts

The fundamentals are solid, and confidence is great, so markets are rising. The Dow 20K figure incorporates all of that good news and should keep going up for a while. The upside, however, may well be limited; what got us here won’t last forever.