Are Politics to Blame for Waning Confidence? 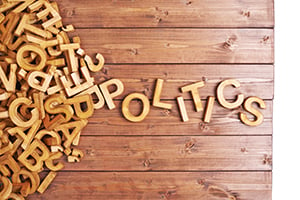 I have written versions of this post before, but it is demanding to be written again. So, here we go.

As an economist and analyst, I am pretty much wasting my time, as it is all about politics at the moment. What do I mean by that? Well, it’s fairly simple. We have looked at the economic risks, and we are at a yellow light tending toward red. Of the four indicators, the two most immediately concerning are directly related to confidence, both consumer and business. The other two are also related to confidence, albeit indirectly. It really is all about confidence.

When we look at confidence, though, we can see that this indicator is all about politics. The economics are actually all right. Job growth is steady, wage growth is still healthy, and businesses are seeing rising revenues and profits. There is no economic reason confidence should be ebbing—but there are certainly political ones.

Let’s start with the trade war. Not that long ago, I would not have called it a trade war. Now, this term is common usage. Even as the U.S. and China continue to trade proposals, the tariffs remain and have become the new normal. Markets don’t actually expect them to be removed, which doesn’t help, and the real prospect they could get worse helps erode confidence. You can see that effect in the business confidence numbers across the board.

Similarly, the impeachment headlines are driving down consumer confidence. This situation is very similar to what we saw in the months approaching the last presidential election, and for the same reasons. To see confidence drop as much as it has in the past two months, with gas prices low and stock prices high, is very unusual.

As an economist, this decline is frustrating. From an economic standpoint, conditions remain favorable, and we could reasonably expect another couple of quarters (or more) of growth. With the drag created by the uncertainty of the political process, though, that growth is increasingly coming into question. Because of this drag—and because it looks likely to get worse for some time—I have been forced to start revising my expectations down.

Note this is not a partisan statement. I am not blaming either side. Instead, I am pointing out the consequences of the situation. No matter what side you are on, you will be affected by slower growth, postponed purchases or investments, and all the other consequences of uncertainty. As I read this, it all seems obvious, and maybe so. Sometimes, the obvious is still worth saying.

It is important to identify how political uncertainty can turn into an economic effect—and that is just what we have done with the confidence measures. These measures are the best way to track the economic effect of the headlines. Recently, we have seen material pullbacks. The key will be whether the political headlines continue, because that will be one of the primary causes if the pullbacks continue to get worse.