Another Look at the Dollar: The Fed and Interest Rates 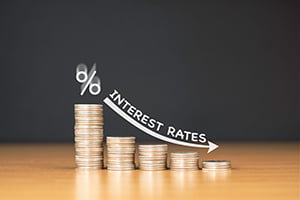 One of the reasons behind the recent decline of the dollar is reportedly the fact that the Fed has largely committed to keeping rates low—the market believes—forever. Looking at the yield curve, the 30-year Treasury rates are at 1.22 percent as I write this. With rates that low, the value of the dollar would certainly take a hit if other central banks raised rates.

Another way of looking at the dollar, then, is to determine whether the Fed is likely to raise rates. We can’t look at this possibility in isolation, of course. We have to evaluate what other central banks are likely to do as well. If everyone keeps rates low, then no problem. If everyone else raises rates and the Fed doesn’t, then the dollar would face headwinds. And, of course, if the reverse is true, then the dollar would have the wind behind it.

Every central bank, including the Fed, will make its own decisions, but they all have similar constraints. If we look at those constraints, we can get a pretty good idea of which banks will be raising rates (if any) and when.

The first constraint, and the one that makes most of the headlines, is inflation. Right now, the fear is that the governmental stimulus measures, here and abroad, will drive inflation meaningfully higher and that central banks will be forced to raise rates. In that context, even if the Fed remains committed to lower rates, then other central banks will be forced to raise theirs, bringing us back to the first sentence of this post.

The problem with this argument is that we have heard it before, multiple times, and it has always proven false. Inflation depends on an increase in demand, which we simply do not see in times of crisis. The U.S., until at least the time the COVID pandemic is resolved, will not see meaningful inflation. Other countries, while less affected by COVID, have their own problems, and inflation is not likely to be a problem there either. Neither the Fed nor other central banks will be raising rates in any meaningful way. The argument fails. No problem.

The second constraint, and one that is underappreciated, is that central banks have a responsibility to keep the economy going. Here in the U.S., that responsibility is expressed as the employment mandate. The Fed is explicitly tasked with keeping employment as high as possible without generating inflation. Raising rates will act as a headwind on employment. So, in the absence of inflation, the Fed has no need to raise rates. With employment not expected to recover for the next couple of years, again no problem with lower rates.

Other countries have the same issues, with the same results. Inflation is low and steady in all major economies, and unemployment is high in the aftermath of the global pandemic. For at least the next year and more, none of the central banks will face any pressure to raise rates—in fact, quite the reverse.

The Fed will not be the only one holding rates low. The Fed has a press conference this afternoon where it is expected to repeat the “lower for longer” mantra. Other central banks are doing the same thing. Right now, the economy needs the support, and inflation is not a problem.

One question I have gotten is whether the Fed will implement some form of yield curve control and what that will mean for investors. Whether the Fed makes it explicit or not, I would argue that control is what we already have, and we have seen most of the effects already. Lower for longer has supported financial markets, and it will likely keep doing so. The Fed does not need to make it explicit, since it is doing so already.

Looking beyond monetary policy and macroeconomics, there is another reason rates will likely remain low, which is that governmental finances will blow up if rates rise. At meaningfully higher rates, governments will simply not be able to pay their accumulated debt. All central banks are aware of this outcome, even if they do not talk about it. As far as the Fed is concerned, I suspect that not blowing up the government’s finances comes under the heading of maintaining maximum employment. It’s not an explicit objective, but it is a necessary one.

The wait for growth to return

Until we get growth, we will not get inflation. Without inflation, we will not get higher rates. With the U.S. likely to be ahead of the growth curve, as it has always been, the Fed will likely be the first to raise rates, not the last, with a consequent tailwind to the dollar’s value. Wait for growth to return, and we can have this discussion then.

That will not be soon though.