The Dollar Is Not Collapsing 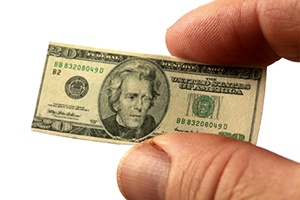 We have returned to that point in the cycle where the dollar starts moving down and the doomsayers come out of the woodwork. As the headlines have begun to point out the decline of the dollar in recent months, worries have started to rise. In fact, if you look at the chart for the most recent couple of months, you can see where these headlines are coming from. 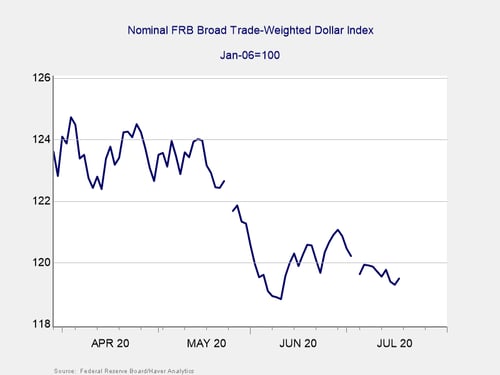 And now for some context

The thing is, though, the chart above is a cheat. Yes, the numbers are true enough, and the decline over that time period is real. But what is missing is context. To provide this context, below is a chart of the past year. 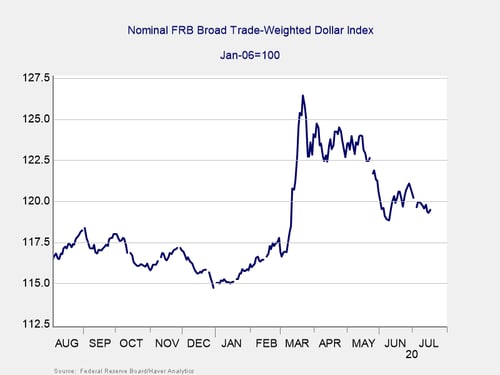 Yes, the dollar is down from its recent peak. But it is still above the levels we saw through most of 2019 (which, remember, was a good year).

The real story is not the recent decline. Instead, it is the spike in the dollar’s value when the pandemic hit around the globe. Everyone wanted dollars when risks started to rise, which is why the value went up. The recent decline has everything to do with things looking less risky in the rest of the world—and nothing to do with the U.S. looking shaky. If anything, the dollar in 2020 shows just how much of a commanding position it still has. 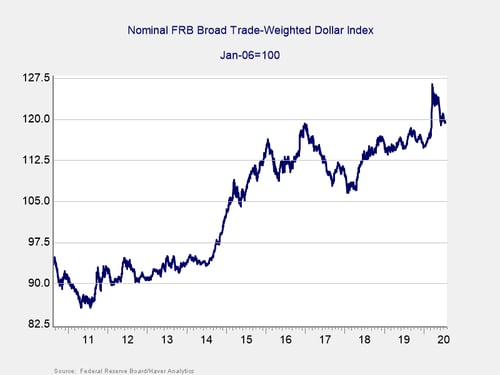 If we look at the past 10 years, we see the same story. The dollar remains at its highest level over that time, except for the past couple of pandemic months. The dollar has gotten steadily more valuable over that time period as the U.S. economy has continued to outperform most of the rest of the world. In that time, we have seen spikes and reversals before, and this is just the latest round. 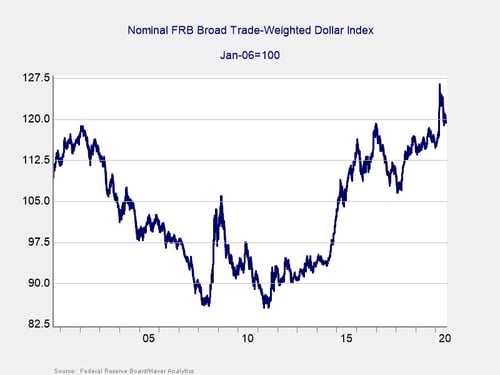 A response to economic conditions

Now, that does not mean the dollar always goes up. If we go back 20 years, we can see that the dollar went from roughly where it is now, then down significantly, and then back up with several significant bounces along the way.

A lot has happened over that two-decade period, including the financial crisis, the pandemic, and many smaller crises. The dollar has responded, in different ways, to the news by varying significantly in value. The headlines and the fluctuations in the dollar’s value are real. This makes sense, as the dollar (like any currency) is a financial asset. As such, its value will change in response to economic conditions. We see the same thing in stocks, bonds, and other currencies, for the same reasons.

The Amazon of currency

If you think of currencies as stocks, you could think of the dollar as being the Amazon of the currency world. Like Amazon’s stock, sometimes it is worth more—and sometimes less. Volatility in a currency’s value does not mean the currency will collapse any more than a drop in Amazon’s share price means the company is going away.

In fact, the Amazon comparison is a good one for more than the stock price. Amazon is a dominant presence in its market, with deep market share, substantial commitments from shoppers, and an established range of services and infrastructure that makes it hard to dethrone. Walmart, another behemoth, has been trying for years—and losing ground. It is hard to shake the dominant player, and it takes a concerted attack, by a product that is at least as good, for many years. If Amazon eventually cedes its dominance, it will be years from now, and everyone will see it coming.

So, think of the dollar as Amazon, with a deep and commanding presence in its market, deep market share, substantial commitments from users, and an established array of services and infrastructure that makes it hard to unseat. In this comparison, Walmart is China, which has been working very hard to replace the leader over a period of years but with limited success. And, the comparison continues, in that if China eventually does manage to replace the dollar, it will be years from now—and we will see it coming well ahead of time.

Because of this reality, the incentive to change away from the dollar is even less. I just got a question asking if the Saudis would be switching away from the dollar for the oil markets any time soon, as that could break the dollar’s hold on the world economy. Setting aside for the moment the fact that Saudi Arabia remains dependent on the U.S. for military security (which it is very aware of), oil is a very global market, with trading around the world, and all denominated in dollars. For the Saudis to abandon the dollar would require a whole new global trading architecture. Once again, it could happen. But we would see it coming, and it would be neither cheap nor easy. Once again, Amazon benefits from inertia.

Will the dollar collapse?

This is the third round I have been through of “will the dollar collapse” since I have been at Commonwealth. And I’m sure there will be future rounds. The dollar will not collapse now and will very likely not collapse for the rest of my career. If it does, we will see it coming—but it is not coming now.