A Good-News Week for the Economy 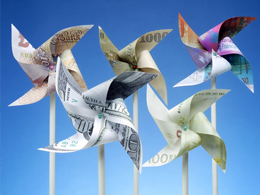 Over the past couple of weeks, I’ve written about various headwinds the economy faces—among them, slow wage growth, a decline in consumer confidence, slow consumer spending growth, and declining business investment. All of these are real issues, and ones that have held the economy back over the past quarter.

At the same time, there’s been encouraging news this past week that suggests the slowdown, as last year, was temporary, and that faster growth is ahead. I’ll get into specifics in my Monday Update next week. Today, though, let’s take a big-picture look at what’s been an unusually good week for economic news.

First off, the economy continues to expand, with the first estimate of second-quarter GDP growth coming in at 2.3 percent. Not great, but on the upside, slower growth tends to last longer. Plus, given the subsequent data, this number is very likely to be revised up in the next release, perhaps to as high as 3 percent. On top of a decent number for the second quarter, growth for the first quarter was also revised up significantly, from −0.2 percent to 0.6 percent.

Comparing that with last year, first-quarter growth is much, much better, while second-quarter growth isn’t quite as strong. Overall, though, we see steady growth at a level comparable to last year, which is pretty good when you consider the headwinds we faced this year—not just weather, but a port strike, a strong U.S. dollar, a collapse in energy industry investment, and employment concerns.

Things really are getting better, and two other releases this week also validate that.

ISM survey surprises to the upside

It may sound obscure, but the ISM Non-Manufacturing Survey represents a real-time look at what a wide range of service businesses are actually doing. As an indicator of business sentiment, it covers most of the economy in a timely, reliable way.

This month’s report came in surprisingly strong, the highest ever since its creation in 2008 and well above expectations. Subindices did even better: business activity was the highest since December 2004, and employment and new orders hit highs not seen since August 2005. Services represent the majority of the economy, and this survey shows that conditions are not, from a business perspective, nearly as bad as more focused numbers might suggest. In fact, in many areas, we are moving back to the peak levels of the mid-2000s.

The employment report, released this morning, confirmed this. While not as surprisingly strong as the ISM survey, job growth was right in line with expectations. Current job creation, at 215,000, fell slightly below expectations, but prior months were revised upward by 14,000, making up the difference and more. Historically, upward revisions have also been a sign of continued improvement.

Looking at the details:

Lots of reasons to look on the bright side

Overall, while headwinds certainly continue, these reports show that the economy is getting better, and that the improvement may well strengthen into the second half of the year. While it’s important to be aware of bad news, we also need to acknowledge good news when it comes along—and this was a good week.