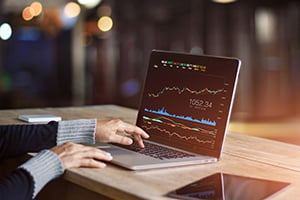 We are at the start of the period in which companies release their results for the fourth quarter of 2022, known as earnings season. With everything going on—inflation, rate hikes, a labor shortage, the strength of the dollar, a pending recession, the list goes on and on—the results are unusually uncertain this time around. Analysts are struggling to figure out exactly what all this means.

That may explain why those expectations are as pessimistic as they have become. As of last week, FactSet noted that the expected year-on-year change in the earnings of the S&P 500 was a decline of 4.1 percent. This would be the first decline since the third quarter of 2020, when earnings were down by 5.7 percent, right as the pandemic took hold. That is a big drop at a time when conditions—employment, spending, and pretty much everything else—are much better than they were then.

What also makes this expected drop particularly interesting is how quickly analysts changed their minds. As of the start of last quarter, September 30, earnings for the fourth quarter were expected to go up 3.5 percent. That makes the current expectations drop, down from that expected gain, the third largest in recent history, after the second quarter of 2020 and the second quarter of 2022. Analysts almost never change their minds that much, that fast.

So, when we look at expected earnings for the fourth quarter, we can see that analysts changed their minds in a big way during the quarter and ended up more pessimistic than at any time since the pandemic itself. The question we have to ask ourselves is whether that makes sense. I don’t think it does.

Let’s start with recent history. In the third quarter, analysts dropped their expectations significantly, even more than what we are looking at now. But when the actual results came in? They were well above the final estimates: analysts had been too pessimistic. This wasn’t really a surprise, as over time actual results are almost always above expectations. Looking at history, we can expect earnings to outperform the current depressed expectations.

Looking at the fundamentals, we can draw the same conclusion. In 2020, we were in lockdown. Layoffs were through the roof, and no one was going out and spending. The economy was in freefall and earnings reflected that, so the decline made sense. As we look at the expected decline for the fourth quarter of last year, though, things are completely different now than they were then. Job growth was strong and unemployment was close to record lows. Spending growth was healthy, as was business investment. We are looking at likely strong growth for last quarter, not a significant decline like in 2020. Given that, why would we see a decline in earnings?

The markets are telling us the same thing. Most sectors have rallied since the start of the fourth quarter. Since markets look ahead, that can reasonably be interpreted as a positive signal for earnings during that time period. The fact that the market has held those gains in recent weeks says that the signal holds. The fourth quarter should be positive and maybe significantly so.

Looking at the big picture, we see two things. First, the analyst community is struggling to characterize extreme uncertainty in multiple areas and suddenly becoming much more pessimistic, on top of the normal pessimism we see almost every quarter. That change occurred, mind you, even as the economy continued to perform strongly and even as the market started to rally. Normally, history suggests earnings will come in about 5 percent better than expected. If so, we could be looking at more or less flat earnings, which would not be great—but still much better than a decline.

Beyond the analyst pessimism, though, the second thing we see is the relatively strong fundamentals still in place. With people shopping and spending and with businesses investing, the top-line growth should be healthy. And with margins expected to largely hold, so should the bottom line. Given the strength of the economy, I suspect the actual earnings will be better than analyst expectations by at least the usual amount of 5 percent or so, quite possibly by more.

Look for a gain in earnings—rather than a decline—as it turns out the world didn’t end last quarter after all.