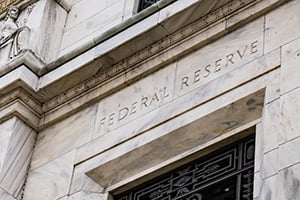 With the regular meeting of the Fed this week, there was a great deal of speculation about what it would do. As expected, the Fed pulled the trigger on a 25 bp interest rate hike. But what will happen next? What I expect from the statement, as well as the press conference, is that there will be similar hikes at every meeting for the rest of the year (data permitting) and that quantitative easing bond purchases will be wound down by the end of the year. In other words, I expect the Fed to follow up the rate hike with signals that it will continue normalizing policy, and I don’t expect that to be derailed by the Ukraine war.

So far, so good. I am pretty much in line with most analysts, although perhaps a bit more dovish. But, as always, what really matters is not what I think, but why I think it, as that gives context not only for this meeting but going forward. While we will talk more about rates on Friday, I want to set the stage today.

Breaking Down the Decision

What is driving the Fed’s decision process? From a statutory perspective, we know and the Fed knows what its goals are: steady money value and full employment. Over the past couple of decades, a third informal mandate has been added, that of financial market stability. These are the three goals that will determine Fed policy.

As always, the squeaky wheel gets the grease, and the Fed has a history of focusing on one thing at a time. For most of the past decade, since the financial crisis, that has meant employment was the priority, which was reinforced by the jobs collapse with the pandemic. With inflation low and unemployment high, easier policy—to an unprecedented degree—was the right answer, which brings us to today.

This is not to say it can’t work. The Fed can indeed raise rates high enough to crush demand to levels the tangled supply chains can support. The problem is that would take the economy into a substantial recession, which would drive unemployment back up and rock financial markets. In this case, the inflation mandate is in direct conflict with the other two. Historically, with its one-thing-at-a-time approach, this would have meant that the Fed would be hiking rates (probably sharply) and a recession was likely on the horizon.

This is, in fact, what markets seem to be expecting. They expect the Fed to raise rates and then for the higher rates to take the economy to recession—probably at some time in the next two to three years. If the Fed does focus excessively on the inflation mandate, that is exactly what will happen, by design.

But I think this Fed has at least the potential to be a bit smarter than that. First, expectations and the yield curve are suggesting inflation is likely to moderate past the end of the year. While the Ukraine war will likely slow that moderation, it should still happen. The Fed seems to be taking that into account. Second, rate hikes are one tool, but not the only one. Ending bond purchases is also something that needs to be done, and this is a tool that the Fed can use to tighten policy without directly hitting the economy as a whole. There have been comments from Fed governors that this will be a major part of the program. Notably, a combination of these two will allow a slower and more nuanced—but just as effective—normalization of policy. It should be possible to tighten monetary policy and help moderate inflation without necessarily causing a recession.

And that is likely to be the takeaway from this meeting. The Fed is acting on inflation but in a nuanced way. The Fed is determined to contain inflation, but it is reluctant to sink the economy to do so. And the Fed remains conscious of all three of its mandates and does not want to sacrifice the other two on the altar of inflation. Will the Fed be able to approach the inflation problem in a way beyond raising rates that can keep growth going?

This will be difficult. Can the Fed thread the needle? Who knows. But the data-dependent Fed that has gotten us to this point has not gone away, and that will result in more nuanced policy and a slower and more complex approach than simply higher interest rates. This meeting was the first look at what that policy mix might be.