What You Need to Know: Is Renewed Growth Ahead? 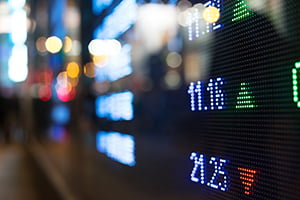 One of the key things I do as an analyst is figure out what can be safely ignored. In today’s environment, with so many “different this time” events going on—the pandemic, the Ukraine war, and the 40-year high in inflation—what can we safely disregard? Finding the right answer is not as simple as it was a couple of years ago.

That’s why I am going to start a semi-regular feature called, “What You Need to Know.” In each of these articles, I will highlight a few points important to understanding what will happen next. This will be the first of these features, in which I will focus on three main topics.

The first point is that the pandemic, from an economic standpoint, is over in the U.S. While reported case growth is up substantially, the country has largely abandoned restrictions, and they will not come back. The economy is open nationwide, people are shopping and traveling, and the domestic economic impact will be small going forward.

Point two is that this status quo is not the case elsewhere in the world, especially in China. This is not a medical story, but rather a supply chain one. The Covid-19 shutdowns are disrupting both production and transport, which will directly affect the U.S. As such, we have to evaluate this point differently, but the news is relatively good.

Remember, supply chain problems have been in place for a couple of years now, so companies have learned how to deal with them. The problems in the U.S. are largely solved, and the rerouting of supply chains for many products is well underway. These issues are likely to be less impactful than earlier supply chain snarls, and the damage will be less than currently feared.

This brings us to the final point: while inflation is high, it appears to be peaking. We can expect inflation at year-end to be below where we are now, and the outlook appears promising. The Fed, which raised interest rates yesterday by 50 basis points (one basis point is equal to 1/100th of 1 percent, or 0.01 percent), made a point of nearly ruling out larger increases and noted the strength of the economy. For financial markets, the prospect of lower inflation and a strong economy should provide a cushion for the current volatility. Conditions will initially decline, and then eventually get better, so we have the prospect of renewed growth ahead.

To reduce these three points to one key idea, I would say we’ve experienced a tremendous amount of bad news recently, but this outcome hasn’t been as bad as initially feared.

Right now, there is a great deal of bad news priced into the markets, but the fundamentals remain sound. The outlook seems to be improving in many areas, which will provide a cushion in the short term and opportunity in the medium and longer terms. Things are starting to get better, and that’s a good thing to know.