What Will the Fed Do Next? 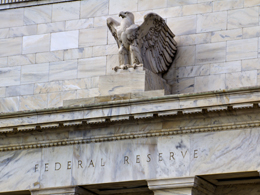 When the regular meeting of the Federal Open Market Committee (FOMC) concludes today, the Federal Reserve will issue a statement describing the meeting and what, if anything, it has decided to change about monetary policy. The Fed sets short-term interest rates, so this is a big deal. After an increase last month for the first time in a year (and the second time in several years), the markets are looking to see when, and if, future hikes are planned.

So far, Fed not too concerned about political issues

The statement from the last FOMC meeting—and comments by Fed members since then—was surprisingly positive about the U.S. economy. The Fed noted that we had essentially reached full employment and that inflation was getting very close to the Fed’s target, presenting the real possibility that it’s time to normalize—which is to say, substantially raise—interest rates. At the same time, the Fed’s notes and comments, both then and since, have seemingly ignored the biggest factor for the economy going forward: the new administration and Congress, and how they might change policy.

Right now, for better or worse, we can expect that situation to continue. Although the economic data remains positive, it has slowed somewhat. Recent reports offer no reason for the Fed to move faster than it had been planning in December. Similarly, the policy outlook has not improved. Neither the Trump administration nor Congress has made any firm economic proposals, and given the escalating confrontations with Democrats over noneconomic issues, as well as rising tensions with several GOP senators, the potential for significant economic policy actions has decreased as well.

So what can we reasonably expect from the Fed today? Not much. (There will be no press conference after this meeting, either, further indicating that nothing major is likely to happen.) We can, however, look for signs of what the Fed thinks about recent lackluster data and recent political turbulence. Although the Fed is notably shy about tipping its hand, in light of recent comments about plans to reduce its securities portfolio, some comments seem both appropriate and reasonable.

Any statement from the Fed is likely to walk back some of the more positive economic observations of recent weeks, which could well suggest to markets that future growth and inflation (and, therefore, rate increases) are likely to be less aggressive. That, in turn, could pull down both the dollar and interest rates.

Any moves, however, are very subject to incoming data. In particular, the jobs report this Friday has the potential to push the Fed to act more aggressively. With the ADP employment report coming in well above expectations this morning, there’s real potential for a big upside surprise on Friday, and that alone could change the Fed’s narrative.

What should you do?

The Fed is likely to announce very little today, except perhaps swish the tea leaves a bit for analysts to ponder. What should investors do? Today, also very little. This Friday’s jobs report is where it will get interesting. The Fed will certainly be looking at that, and so should we.