Political Turmoil Could Restrain Market in 2017 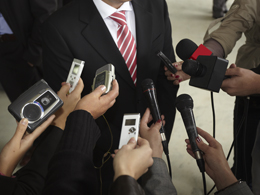 As we approach the end of the beginning of the year, we know a couple of things:

Here’s the problem: as the year unfolds, further market growth and the President's agenda could be increasingly at odds.

Investors may need to tone down their expectations

Since the election, the market has been driven up largely by a combination of economic improvements and a vast increase in hope. Although the fundamentals continue to improve, there are signs that may be slowing down. Even without the slowing, the gap between expectations and reality is large. A lot has to happen to close that gap and fulfill investors’ hopes.

Those hopes are based on two major themes. First, that the U.S. economy will continue to grow faster, buoying corporate profits as well. And second, that the federal government will act to stimulate the economy (and corporate profits) through tax cuts, infrastructure spending, or deregulation—and ideally all three. Unfortunately, events in January suggest that may be less likely than many assume.

Improvement in economic fundamentals has slowed in recent weeks, despite the improvement in sentiment. It’s possible that the actual results will rise to meet the expectations, but the turmoil and uncertainty we’ve seen in the past couple of weeks may derail that. Indeed, the most recent consumer confidence surveys have shown declines in more forward-looking expectations, indicating that decay may already have started.

Corporate profits may not benefit from a Republican government as much as expected. Disruptions in trade (with Mexico, for example) would certainly mess up supply chains for many companies, especially in the auto industry, directly hurting profits in the short term. And, in a one-two punch, moving operations to the U.S. would raise costs, hurting profits in the longer term. On an industry-specific basis, the President has called out two areas—defense contractors and pharmaceuticals—in a way that may, if he follows up on it, substantially reduce their profits. No doubt other industries will get their turn as well. The earnings growth investors expect may end up shorter and smaller than they thought.

The prospects for smooth legislative action have similarly dimmed. All of the movement so far has taken the form of executive orders, which are effective in some areas. But to get the kind of significant policy changes investors expect, Congress needs to pass real legislation, and events of recent weeks may make that much harder. Democrats have been energized and will likely stand united in opposition to Trump administration actions, but that was expected. More significant, two Republican senators, John McCain and Lindsey Graham, have started to oppose the administration in some areas, and others are wavering. There are 52 Republican senators, and losing two puts any potentially controversial, or even marginal, legislation at real risk in the Senate.

Congress controls the purse strings, and, over time, an administration that loses Congress loses its ability to govern.

Political risks on the rise

It’s early days yet, of course, but the turmoil we’ve seen since the inauguration does put many of the very positive possibilities for 2017 in question. The base case remains positive, as fundamentals are still solid and expectations high, but the risks are rising fast. Politics remains the focus here, not economics.