What Does the Archegos Blowup Mean for the Markets? 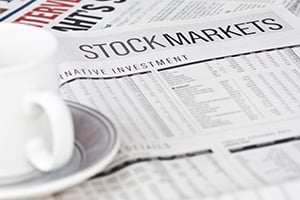 I wanted to use the title “Leverage, Margin Calls, and Stock Prices, Oh My” here. But I decided to go with the more specific title so readers would actually know what I was taking about. Those are the real themes, though, as the hedge fund/private family office Archegos is simply the latest iteration of an old and sad story.

Archegos is a family office created to manage the wealth of a man named Bill Hwang. Mr. Hwang was a notable and very successful hedge fund manager, until he ran afoul of the SEC on insider trading charges. At that time, he changed his hedge fund (which managed money for other people) into a family office (which manages only his own money). With me so far?

Note that as a family office, he could still run the same trading strategies he ran as a hedge fund. In fact—since it was his own money—he could take whatever risks he found appropriate in search of higher returns, without worrying about clients. As a successful money manager, he proceeded to make a lot more money. So far, so good.

Then Things Took a Turn

But this is the point in the story where it starts to get bad. As many successful investors have in history, Mr. Hwang apparently started to use leverage (i.e., borrowed money) to push his returns higher. If you are making, say, 20 percent per year and can borrow at a cost of 5 percent, why not borrow the money and pocket the difference? The more you borrow, the more you can make—as long as your bets keep working out.

On the flip side, when things start going down, the damage is magnified, as your losses are now a multiple of the actual decline. If you have 5-to-1 leverage, where you borrow $5 for every $1 you are actually investing, a 10 percent decline can mean a 50 percent drop in your capital. And when that happens, the lenders (i.e., the people who lent you the money) get very nervous. They get so nervous, in fact, that they start to sell off the assets you bought, something you agreed to when you borrowed the money. This is what is called a margin call: when your lenders start selling off your assets to make sure they get their money back. It is something like a foreclosure on a home, when the bank takes the house and sells it to make sure it gets paid for the mortgage.

And It Got Worse

In the stock market, however, it gets worse. With a house, the bank is selling one at a time. With a margin call, there may be (and, in this case, was), more than one bank, each competing to get its money back first. These banks might (and, in this case, did) have to sell billions or tens of billions of dollars of a stock to get their money back. When that much stock is sold, especially when it is concentrated in a handful of companies, the prices drop. This means the banks have to sell even more stock to cover their loan, which drives the price down even more—and you have a vicious cycle all the way down.

This is what happened to Archegos. It borrowed money to buy billions of dollars’ worth of a handful of stocks; technically, it used swaps, but the borrowing analogy is apt. Then, the stocks went down a bit. The lenders foreclosed and started selling the stocks, driving the prices down further. And it all ended up in the headlines.

Who Got Hurt Here?

First, Archegos and Mr. Hwang got hurt, as they appear to have lost billions. Second, the banks that lent him money and were not first off the mark to dump the shares also got hurt. Some banks negotiated block trade, of large blocks of shares, with other institutions early on. Although block trades are typically made at a discount, due to their size, this proved to be a good strategy. Other, slower banks were stuck with selling the shares through the open market, which drove prices down even more. Two of the stocks reported to be affected, Viacom and Discovery, dropped by about 50 percent in a matter of days, even as the companies themselves reported no news. Several banks are likely to report billions of dollars in losses due to the sudden price drop. There is quite a bit of pain to go around.

This is a big blowup. It has hit Mr. Hwang and several major banks. It has taken down the stocks of several major companies. And it has set off a round of questions as to whether there is another shoe that will drop. So far, there doesn’t look to be one, and it is certainly not something that would have a systemic effect. So, until and unless we see that—and there are no real signs—as an individual investor, there should be no significant effect on you.

That’s not to say we shouldn’t pay attention, and we will have to see if there are any signs of systemic effects. Among the other lessons to be learned here are that major investors are loading up on risk, although that may reverse for a bit. Another is that it is not just the major investors, as overall margin debt is at very high levels. And, finally, if something looks too good to be true, eventually it will be. This reinforces the idea that while current prices are high, they could adjust significantly.

Events like this happen on a regular basis. But unless they have a systemic effect, they don’t matter for us as individual investors. Learn from it what you can, take note of the risks (which we do here on the blog on a regular basis), and move on.