Washington and the Markets 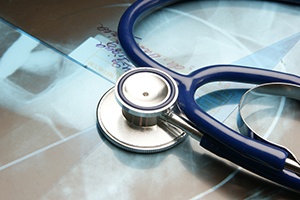 The big news today is the collapse of the Republican plan to replace the Affordable Care Act, aka Obamacare. With two more Republican senators declaring themselves unwilling to even vote to have the full Senate debate the bill, it appears that Obamacare will live on, at least for a while.

Politically, this is being presented as a defeat for the administration and the Republican leadership in Congress, but the markets don’t seem to be interpreting it that way. In the past week, the stock market has been bouncing off new highs, despite very public debate about the bill. Why are markets so much less worried than the newspapers seem to be?

Looking to the next step: Tax reform

The answer, I suspect, is that markets are looking past the health care bill to the next step. Health care has been an incredibly divisive policy area, and even the different factions of the Republican Congress have views that are, apparently, irreconcilable. Any successful bill, therefore, would have been hard fought, contentious, and damaging to party unity. Health care was about the hardest thing the Republicans could tackle.

The next major policy Congress will review is tax reform—and, in principle, it is something that pretty much everyone in the Republican Party can agree on. If health care was hard, tax reform could be easy. Plus, the process will likely benefit from the Republicans’ need for a political win.

Tax reform also has the benefit of being much more clearly beneficial to the economy and the markets. While the costs and benefits of the health care reform bill were always technical and subject to argument, tax reform can offer meaningful and material benefits—namely, higher corporate earnings and higher consumer paychecks.

So, the market is reacting not to the failure of the health care bill but to the fact that tax reform is up next—with enhanced chances of action for both political and economic reasons.

The missing piece in the market rally

While health care has gotten most of the headlines, and the political attention, there were two key expectations that drove the post-election market rally: fewer regulations and lower tax rates, especially on corporations. The regulatory regime has indeed changed and lightened quite a bit without the need for legislation, so the missing piece so far has been tax reform. With health care out of the way, the administration and Congress now have a clear political path to give markets what they’ve been hoping for.

Mind you, I said much the same thing in March, the first time the health care bill was pulled. Politically, however, it proved impossible to let it go, which brings us to the present. Right now, repeal of Obamacare is still an option that Congress could try to exercise, in which case we could be back to more health care drama and a longer wait for tax reform.

If not, though, Congress has a real chance to move forward on tax reform, which would have a material positive effect on the economy and the financial markets. If they can get it through, it would likely drive markets even higher and give the economy the shot in the arm it needs.